Dave_P said:
And another video.

Fyi, the video was uploaded onto YouTube 3 years ago.

Yes, there are many similar videos from previous years where these types of rocket phenomena are appreciated. by this, i do not mean that absolutely all events of this type are from the same source. 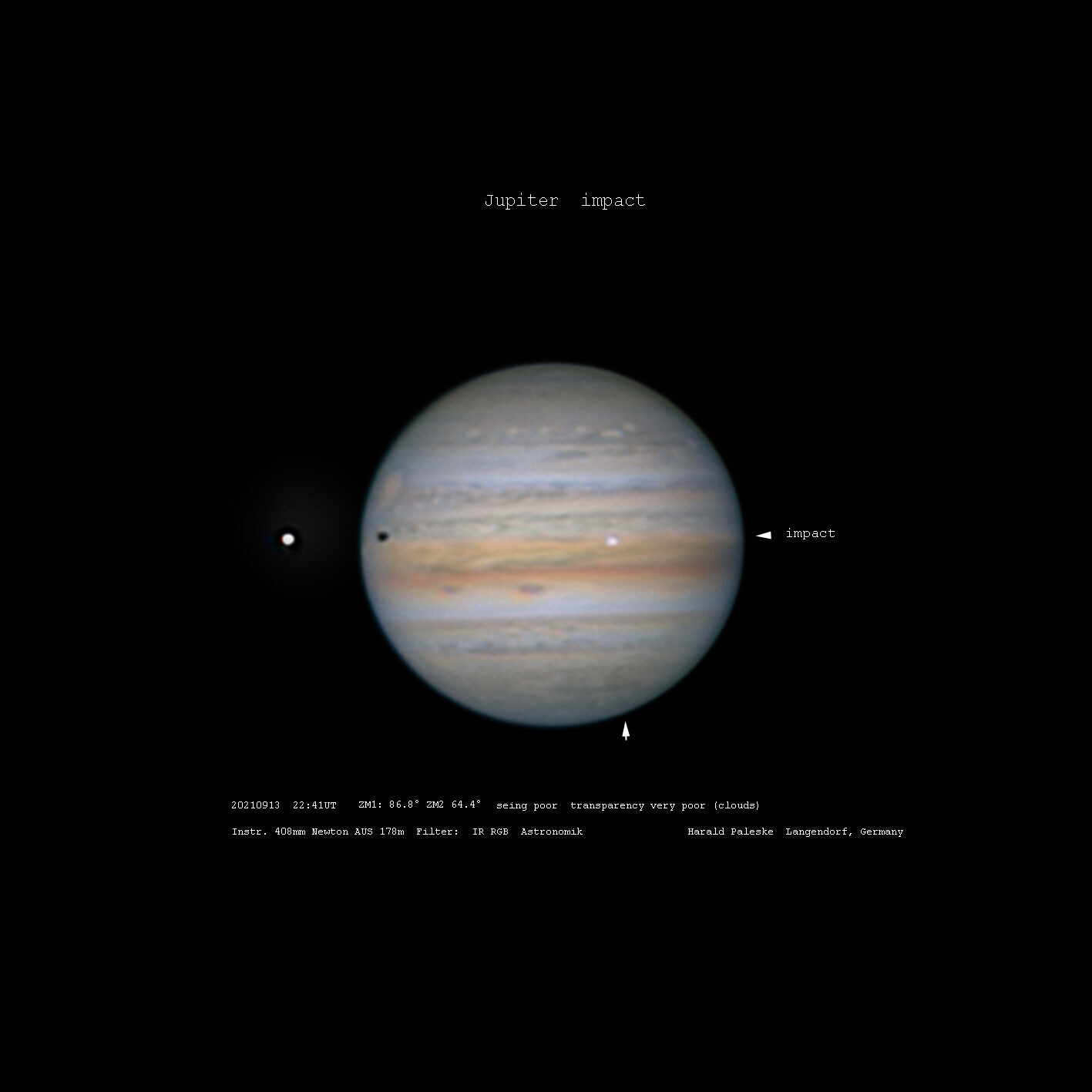 SOMETHING JUST HIT JUPITER Last night, German astronomer Harald Paleske was watching the shadow of Io create a solar eclipse in the atmosphere of Jupiter when something unexpected happened. "A bright flash of light surprised me," he says. "It...

SOMETHING JUST HIT JUPITER: Last night, Sept. 13-14, German astronomer Harald Paleske was watching the shadow of Io create a solar eclipse in the atmosphere of Jupiter when something unexpected happened. "A bright flash of light surprised me," he says. "It could only be an impact." Follow the arrows to the fireball:​ Paleske video-recorded the event. Reviewing the frames, he quickly ruled out objects such as airplanes and satellites, which might be crossing Jupiter at the time of his observation. The fireball was fixed in Jupiter's atmosphere. It first appeared at 22:39:27 UT on Sept. 13th and remained visible for a full two seconds.

The most likely explanation is a small asteroid or comet striking the giant planet; an asteroid in the 100m size range would do the trick.​


This isn't the first time astronomers have seen things hitting Jupiter. The most famous example is Comet Shoemaker-Levy 9 (SL9), which struck Jupiter in July 1994. At the time, most astronomers thought such collisions were rare, happening every hundred years or so. Since SL9, however, amateur astronomers using improved low-light cameras have observed more than a dozen impact flashes in Jupiter's cloudtops. The Solar System is more dangerous than we thought.

Paleske pinpoints the fireball at Jovian latitude 106.9° (CM1), longitude +3.8°. Other observers are encouraged to monitor the location for debris. Previous impacts have sometimes created inky clouds -- probably the remains of the impactor itself mixed with aerosols formed by shock-chemistry during the explosion.​
Click to expand...

FOTCM Member
The event was also recorded in Brazil. 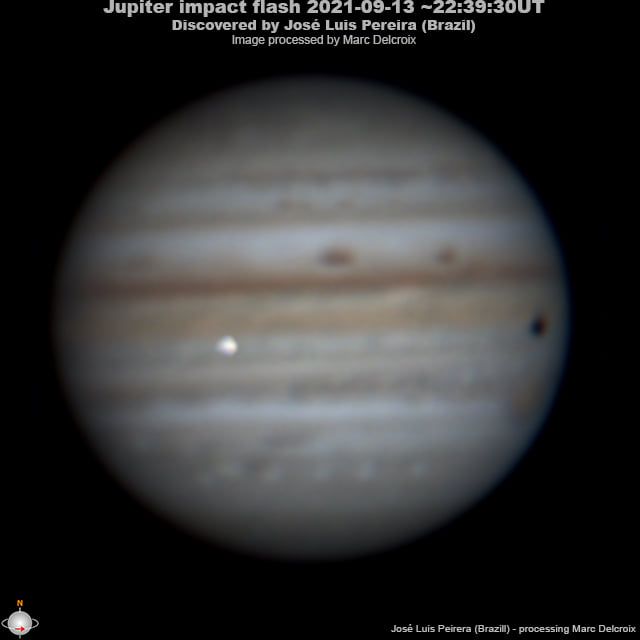 The giant planet gets pummeled on a fairly regular basis.

"I am an assiduous planetary observer," Pereira told Space.com in a written statement Tuesday (Sept. 14). "When the planets Jupiter, Saturn and Mars are in opposition, I try to make images in every possible night of clear skies. Especially [of] the planet Jupiter, my favorite."

On Sunday (Sept. 12) and Monday, Pereira set up his equipment in São Caetano do Sul, in the southeastern Brazilian state of São Paulo. As on many other nights, he aimed to photograph Jupiter and capture videos for the DeTeCt program, which seeks to spot and characterize impacts on the giant planet.

The weather didn't look like it would cooperate on Monday night, but Pereira persevered, collecting a series of 25 Jupiter videos, with no time gap between them.

"To my surprise, in the first video I noticed a different glow on the planet, but I didn't pay much attention to it as I thought it might be something related to the parameters adopted, and I continued watching normally," Pereira wrote. "So as not to stop the captures in progress for fear that weather conditions would worsen, I didn't check the first video."

He fed the videos into the DeTeCt program and then went to bed.

"I checked the result only on the morning of the 14th, when the program alerted me to the high probability of impact and verified that there was indeed a record in the first video of the night," Pereira wrote.

He then sent the information to Marc Delcroix of the French Astronomical Society, who confirmed that Pereira had indeed recorded footage of an impact that occurred Monday at 6:39 p.m. EDT (2239 GMT).

"For me it was a moment of great emotion, as I have been looking for a record of [such an] event for many years," Pereira wrote.

His observing setup consists of the following, he added: a Newtonian Telescope 275mm f/5,3 with a QHY5III462C camera, plus a Televue Powermate 5x (f/26,5) eyepiece and an IRUV cut filter. If you're looking to learn more about how to photograph planets, check out our astrophotography for beginners guide for the basics. You can also see how the Nikon Z6 camera stacks up for astrophotography here.

The speed of a satellite in low orbits is around 16,000 miles/hour or /25,000km/hour or 7 km/s and rather slow for a meteoroid, since the Wiki claims speeds "typically in excess of 20 km/s"

When one studies the NASA Bolide data, the slowest of those that are calculated is just below 10 km/s (9.8 km/s), thus significantly higher than 7 km/s. But apart from burning up or meeting resistance from the atmosphere, some may still accelerate, so the 7 km/s may not be trustworthy either. This page Impact Cratering Mechanics, claims that the limit for an object from space is 11.2 km/s which is the escape velocity in the gravity field of the Earth, but does that hold for space junk too? How can one distinguish?
T

FOTCM Member
Meteor network cameras can be a little off, sometimes
I did a post about the 3600-year cluster in Session 3 August 1996 if anyone has interest. It came about after I read news of a meteor captured on the local network that indicated an initial speed of 74 km/s and an eccentricity of the orbit >2 meaning no orbit at all. After noticing an article from 2020: The challenge of identifying interstellar meteors. I asked the meteor group admin on FB about the high speed. He answered this morning that one camera had been installed in a temporary location and was a little off. It had now been corrected, and the data recalculated, leading to a less surprising speed, but still fast. The speed is now 64 km/s and the meteor has been estimated to belong to the September Epsilon Perseids.

The problems raised by the article on interstellar dust goes beyond this instance. Some meteor streams are very fast, and their orbits are very eccentric. While a camera may be good for recording the optical event, the computer program analyzing the data might give one more apparent accuracy than the physical set up can really justify. What helps a network is when there are several observations, then they between themselves can check who and what might be off. In this case there were three cameras, but for the speed only two. Sometimes there are four or five cameras on one meteor, and if the cameras are well-adjusted, that should give more reliable calculations.
T

Here's a much clearer look at the object that struck Jupiter on Monday, via Harald Paleske. It was probably a comet or asteroid about 100 meters in diameter -- small but potent. https://spaceweather.com/archive.php?view=1&day=15&month=09&year=2021
Click to expand...

Below are comments on why an object hits so hard when impacting Jupiter and what we may be able to learn from it.

This page, Impact Cratering Mechanics has considered the average impact velocities on other planets. First the image for the inner solar system where the Earth is located:

And the text below the images explains:

If the object that recently impacted Jupiter had the same velocity as its own escape velocity, the same as Shoemaker-Levy, then it would have an impact energy that is approximately 10 times that of the average impact on Earth for the same physical properties in terms of mass and size.

According to Impact Cratering Mechanic 53 km/s is the average speed of long-period comets with a period of 200-1000 years. If we make a guess that near-hyperbolic comets with periods of more than a 1000 do not have much less velocity on average, then impacts of a comet from the Oort cloud could impact the Earth with close to as much power as the recent hit on Jupiter, if it had the same physical properties. Isn't that sobering? NASA says the ‘boom’ and shaking Friday morning a fireball

Numerous reports came in all across the area Friday morning of a ‘boom’ and ground shaking. NASA says it was a fireball

FOTCM Member
A huge asteroid will fly past Earth on September 20, 2021. 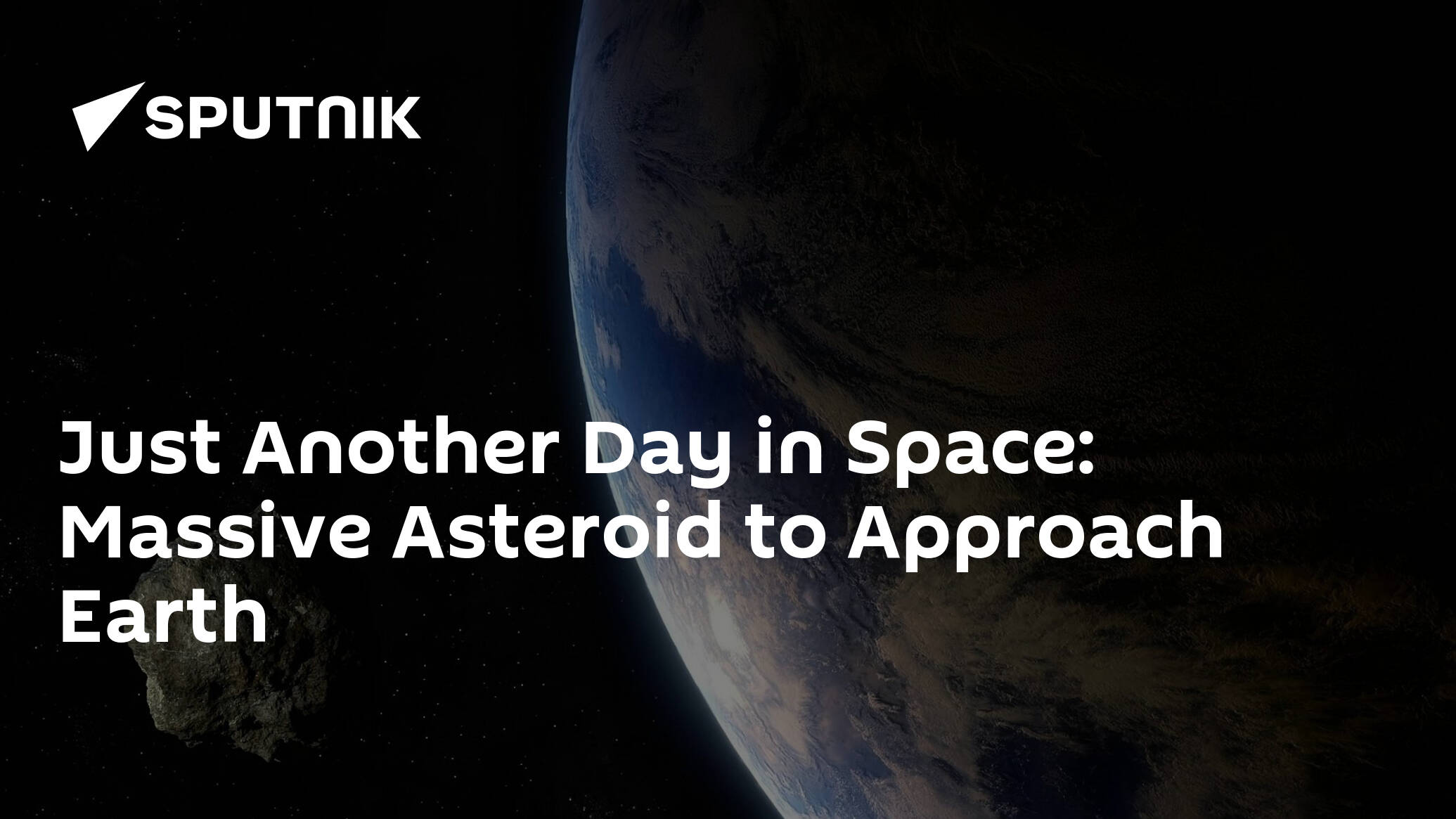 Just Another Day in Space: Massive Asteroid to Approach Earth

The asteroid is reportedly expected to whizz past Earth at around 10:30 pm GMT.

sputniknews.com
By Andrei Dergalin - 4 hours ago

FOTCM Member
A bright fireball streaked through the night sky over the Spain.

FOTCM Member
A bright fireball lit up the night sky over the Minas Gerais, Brazil.