Wait. Pink skin? Aren’t most dolphins grey? And long beaks? If you’ve seen many saltwater dolphins, that may not sound quite right. But we’re talking about a specific freshwater dolphin. The Amazon river dolphin, to be exact!

The Amazon river dolphin is also called the boto. It lives in the basins of the Amazon and Orinoco Rivers of South America. When the rivers flood, they fill thousands of miles of the rainforest. This expands the boto’s habitat. During rain seasons, botos can be seen swimming through and around flooded tree roots and other plants of the rainforest.

It’s the boto’s looks that really set it apart from other dolphins. Special vertebrae make it able to steer through trees by bending at 90-degree angles. Its beak is longer, and its forehead much rounder, than those of most dolphins you’ve likely seen. They’re also a bit smaller, at around eight feet and 450 pounds. And yes—many Amazon river dolphins have bright pink skin!

What makes their skin pink? That’s the real mystery. Experts still disagree over what causes botos to turn pink. However, they do know that all Amazon river dolphins are born grey. Some of them—usually males—turn pink later in life. And often, they grow pinker as they age.

This leads some experts to believe the pink skin is scar tissue. Male botos are known to fight a lot. They may turn pink as their bodies accumulate battle scars. This would also explain why botos become pinker with age. After all, older dolphins have likely been in more fights and gained more scars.

Other scientists believe the boto’s pink skin is pink to help it hide from predators. After all, the mud of the flooded rainforest floor often takes on a reddish color. It would make sense for botos to develop pink skin in an attempt to blend in.

Why is the pink dolphin pink?
Click to expand...

Parrot isn't sure about her chameleon friend​

FOTCM Member
Who is imitating whom??

Trying to study with a cat 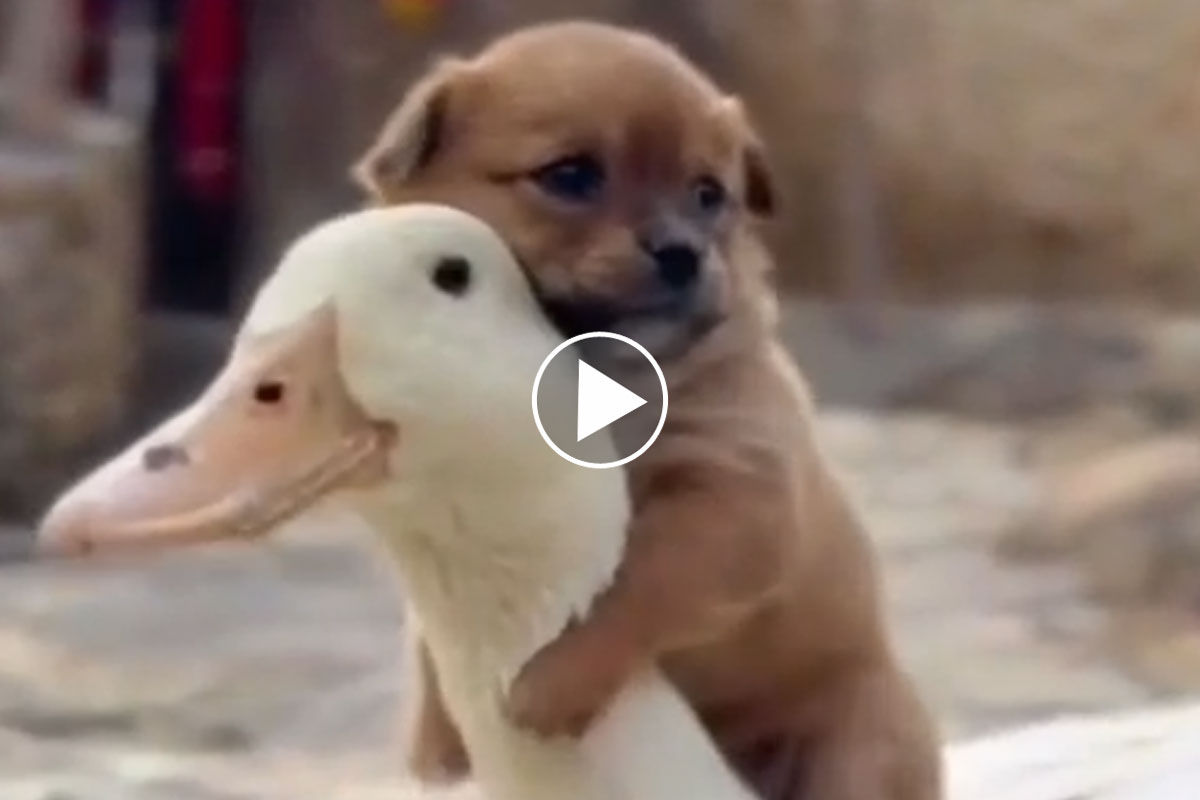 Here is a white duck and a very young puppy who seem to be very close, and who love to spend time together. With a bit of luck, they will spend a part of their life together, that's all we wish them.

FOTCM Member
Our 2D friends are preparing to help us in the upcoming Earth changes, they just need a little practice.

Two photos
we made back in April 2011 on Hawai'i Big Island.

What Do My Cats Do When I’m Asleep?​