Guess you are trying so say...?


Laura said:
A: Yes. California is no longer "paradise" and will shortly look more like hell.
Click to expand...

goyacobol said:
Guess you are trying so say...?
Click to expand...

Well the power of a clear channel and its receivers, said best.


https://twitter.com/i/web/status/1184441485686648832
As if things aren't bad enough in California with wildfires and power outages, the state Fire District has decided that Ham radio equipment in remote areas must be removed unless radio operators cough up a big fee to lease the land from the government. In an email to Ham operators, Lorina Pisi wrote:

I do understand and appreciate all of the service you have provided in the past. However, with constantly changing technological advances, there is no longer the same benefit to State as previously provided. Therefore, the Department no longer financially supports HAM operators radios or tenancy. If you desire to enter into a formal agreement to operate and maintain said equipment, you must complete and submit attached collocation application along with fee as outlined on page one of application. There is cost associated with getting an agreement in place. In addition to the technical analysis fee ($2500/application), there is DGS Lease admin cost associated (typically between $3000-$5000) with preparation of lease. Also, there will be an annual rent charge based upon equipment type/space.
Click to expand...

Ham operators have been assisting fire and emergency services for free for years. Their contributions are well-documented. The equipment costs the state nothing, as it is operated by the owners. There is no benefit to removing it and, in fact, removing the only source of communication available when the power is out and the cell towers are down is downright criminal. Ham radio is a time-tested, low-cost, reliable means of communication when emergencies strike. OffGrid Survival reports, "What is infuriating here is people are going to die because of this decision. It costs the State of California nothing to allow these repeaters on public land; in fact, Ham Radio Operators pay for the equipment and maintain the equipment at their own cost. Ham Radio operators also make nothing from running these radio repeaters; they do so as a service to the public to help ensure the public’s safety during natural disasters and emergencies."

Instead of continuing to use a system that has worked for decades, the California government has instituted a cell communication plan that has already failed.

In 2012 the federal government launched FirstNet, a public safety nationwide broadband network that many in the government think will make Ham radio operators obsolete. In reality, its nothing more than a $47 Billion Federal Cell Phone Network that itself is already obsolete. In fact, it needs LOTS of infrastructure to function, and it creates multiple, single points of failure.

According to The Atlantic, "FirstNet is in such disarray that 15 years after the problem it is supposed to solve was identified, it is years from completion—and it may never get completed at all. According to the GAO, estimates of its cost range from $12 billion to $47 billion, even as advances in digital technology seem to have eliminated the need to spend any of it."

OffGrid Survival may have identified the actual issue:

The real story here is Ham Radio is a threat to the government. We make them look stupid! They spend billions on infrastructure that breaks down, while we can literally take a hundred bucks in equipment, some random wires, and in minutes set up a radio system that can communicate with anyone in the world. Hell, I’ve used my kid’s slinky, some Television Coax Cable, and a solar battery system to build a mobile rig that I’ve used to talk to people around the world — You can check out the Radio Rig Here. They don’t want the public to realize that we can take care of ourselves, and do a much better and cheaper job doing so![
Click to expand...

They should also consider that the government hates watching anyone succeed at anything without the state getting its cut. Most likely, the fire district knows that Ham operators aren't going to watch their whole system dismantled and expects them to pay to keep it.

The list of emergencies where Ham operators have saved the day is extensive and can be read in this letter from operators to Pisi at the fire district.

Megan Fox is the author of “Believe Evidence; The Death of Due Process from Salome to #MeToo.” Follow on Twitter @MeganFoxWriter
T

Laura said:
(Pierre) Which song or type of music is closest to the tones and sub-tones that have those healing properties?

In TRUTH HEALING: "Heal The Pineal & Sound Frequency From Heaven!" ~ GITHA BEN-DAVID [Age Of Truth TV] The singer, sound therapist educator and author Githa Ben-David explains in an interview how she discovered that sound and singing can have restoring and healing properties, and how some people also can use vocal sound to diagnose a person. This is mentioned quite early on in the vide, say first 20 minutes, of the more than 100-minute long interview.

When music like forms of Gregorian chant can heal, it is probably in part a result of the sounds produced, the vocal preparation of the singer as well as the talent of the singer.

They cover a fair amount of ground, and Githa expresses so much joy and laughter.

Laura said:
(Joe) Is the Oumuamua space rock an alien spaceship or probe?

A: Just wait a bit longer and all will become clear.

A: Recall that a spacecraft leaving your solar system experienced the same effect though at a greater distance?

Q: (L) And what spacecraft was that?

(Scottie) I don't remember exactly. Voyager or something? I remember reading about how it was speeding up and slowing down and they didn't know why.

(L) So it happened to our spacecraft against its programming. I guess what you're trying to say is that possibly the same effects that were acting on the Earth-based spacecraft that was sent out were also acting on this rock. So, it's not evidence of its alien source, but more evidence of some kind of forces in our solar system that we do not know about or understand. Is that what you're trying to say?

Q: (Pierre) Any object - spacecraft or rock - will experience the same anomalies.

(L) There are things out there that we just don't know about.

(L) But just because it was speeding up or slowing down doesn't mean it's an alien craft. Okay, next?
Click to expand...

Oumuamua apears to be in the news again. Now it is even being discussed on Forbes, albeit as an open critique of Harvard astronomer Avi Loeb. 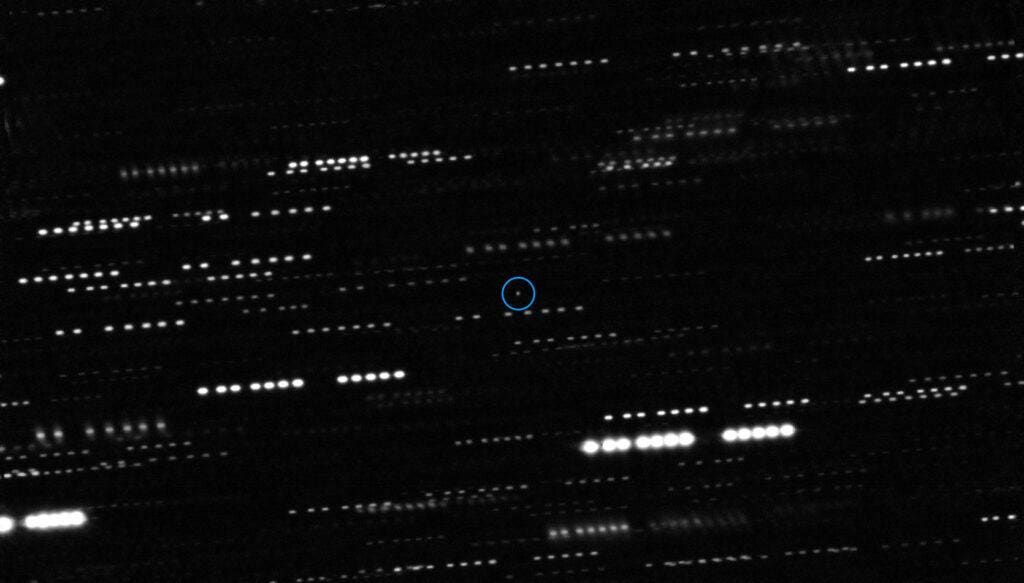 The Uncensored Guide To ‘Oumuamua, Aliens, And That Harvard Astronomer

Avi Loeb says it's aliens. Every other astronomer disagrees. Here's why.

He claims, just like was described in the session, that Oumuamua's strange behavior indicates intelligence, an extraterrestrial one. Obviously he is being ridiculed, and I stumbled upon the following snippet of Joe Rogan's talk with him, where he explains his theory.

When I listened to it, my impression was that his theory is an attempt to explain something based on the wrong premise and/or missing data. It is actually not unlike mainstream scientists that are trying to explain various cosmic phenomena while dismissing Electric Universe concepts.

But it is still interesting how the "alien" topic comes up now more and more. And there was also an interesting moment in the video when Avi Loeb shared how his colleague doesn't like how Oumuamua doesn't fit into an accepted narrative, and that he wished that it "didn't exist".