Gandalf said:
The french team is translating this session and they would like to have some precisions about that section of the session:

cassiopaea.org
Q: Okay, last time we were talking about the "M" mound in Wisconsin. You said that it was not a natural structure but that it was built for "F 353535." Could you say more about this? Was this used somehow to genetically manipulate the surrounding population?
A: Best so called lie in town.
Q: That doesn't make any sense.
A: Lay. [As in "ley" lines?]
Q: (TB) It looks like a big man laying. Is something laying there? (L) Or was it used for some kind of fertility rites? Is something buried inside it?
A: Force field generator.
[...]
Q: (TB) There is an incredibly high rate of cancer in the area. Is it related to this high rate of cancer?
A: Yes. Lies are lays.
Q: (A) The cancer could be due to the lead which leaches into the water. (TB) That's true. (L) Genetically manipulate the surrounding population. Does this force field... well, yeah. Lies are lays. Ley lines, lies are lays... (TB) STS control field. (L) Is that what you are saying?
A: Close.
Click to expand...

I have bolded the parts that are a bit unclear.

Any comments or precision wil be appreciated.

Below are some attempts to come to an understanding which would make translation easier. If nothing gets resolved, would it be possible to make a translation in French while also adding a footnote or a comment in brackets including the English text, so interested people could continue their study of meaning on their own?

Lay as a noun has several meanings and more than one might it be meaningful. Below I have crossed out those I find less likely.

lay
noun (1)
\ ˈlā \
Definition of lay (Entry 2 of 5)
1: COVERT, LAIR
2: something (such as a layer) that lies or is laid (see LAY entry 1)
3a: line of action : PLAN
b: line of work : OCCUPATION
4a: terms of sale or employment : PRICE
b: share of profit (as on a whaling voyage) paid in lieu of wages
5a: the amount of advance of any point in a rope strand for one turn
b: the nature of a fiber rope as determined by the amount of twist, the angle of the strands, and the angle of the threads in the strands
6: the way in which a thing lies or is laid in relation to something else the lay of the land
7: the state of one that lays eggs hens coming into lay
8a vulgar: a partner in sexual intercourse
b usually vulgar: SEXUAL INTERCOURSE
Click to expand...

Definition of SEXUAL INTERCOURSE
Lay. In The Merriam-Webster.com Dictionary. Retrieved December 10, 2019, from Definition of LAY
"Lay" can be in the meaning of something covert, as a hiding place. The lie of it being "to genetically manipulate the surrounding population?" hides that it was (is still?) a "Force field generator" Just as the mount itself may be understood as a hiding place for a "Force field generator" perhaps buried. Also it can be a lay in the sense of being a plan or part of a plan. Alternatively if one takes meaning six then the lay of the land is what adds up to it being a force field generator. Or the way something was laid inside the mound.

The context of the previous session was:

There are several Rock Lakes, but Rock Lake (Wisconsin) - Wikipedia

Rock Lake is perhaps most famous for its underwater "pyramids" believed by some to be built by the Aztalan natives at a time when water levels were much lower.[2]
Click to expand...

Rock Lake (Wisconsin) - Wikipedia
As for Mound "M" there is this one Platte Mound M - Wikipedia while everyone would know the "M" was constructed by students what about the mound itself? Or what is standing on it? The Aztalan made mounds as can be seen from the links below, but I couldn't find the older history of Platte Mound; whether it was influenced by the Aztalan culture is not mentioned. 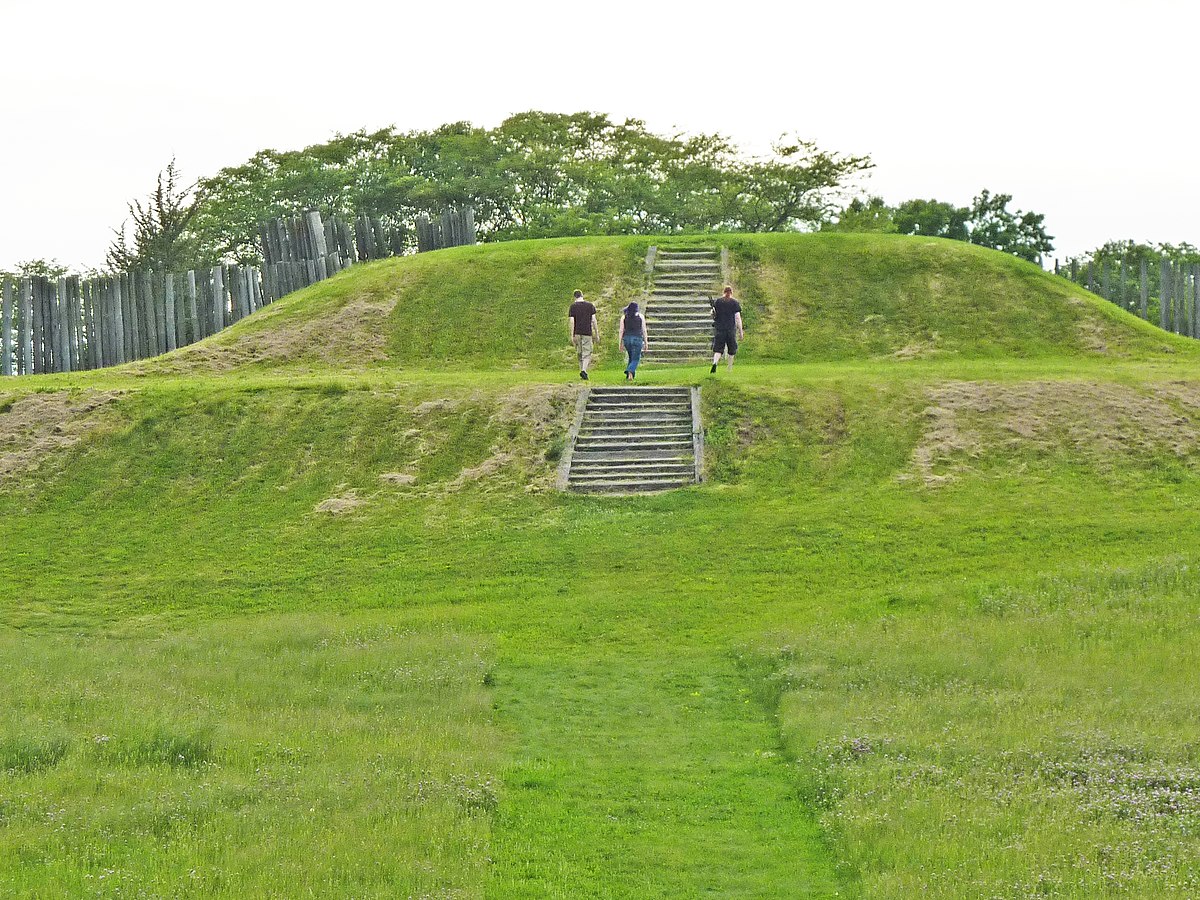 When was Aztalan first discovered?

The Princess Mound of Aztalan

The Princess Mound of Aztalan by Mary Sutherland
www.burlingtonnews.net Giant Skeletons in Wisconsin: Remains of the Mound Builders

Strange remains of giant skeletons and other bizarre remnants of the mound builders have been found throughout Wisconsin.
www.cultofweird.com

thorbiorn said:
Below are some attempts to come to an understanding which would make translation easier. If nothing gets resolved, would it be possible to make a translation in French while also adding a footnote or a comment in brackets including the English text, so interested people could continue their study of meaning on their own?
Click to expand...

FOTCM Member
Q: (L) And he had things that were described in the literature as robots or mechanical guys, didn't he? So those were his other machines. What did these machines do?
A: Many things.
Q: (A) I want to know... okay, they were collecting EM energy. Where was this energy coming from. I would also like to collect EM energy. Was this energy from the EM field, was it solar energy, from zero-point energy, or cosmic energy, or what? Where was this energy coming from?
A: Solar moon.
Q: What does that mean?
A: Reflected and therefore modified.
Q: (L) So that suggests the "mirror" concept of Huang Ti.

Picture a solenoid, vibrating with a.c. electricity. At a certain frequency, this vibration will increase, due to the effect of air molecules and virtual particles around the solenoid achieving resonance with vibrating lattice of atoms in the coil. This frequency is related to the quantum transitional speed, 1.094mhz, not speed of light. Consider the local atoms will line up and vibrate as longitudinal phonon (sound) waves, hence 'heat' energy of the system will lower, but electrical activity increase.

Now consider two identical solenoid and a capacitor in series, cap in middle. At a certain frequency, the lag between potential and current in the system at the two ends will be 180' out of phase. Meaning, a power measurement will be negative.

Happy to discuss this.