Ambassador
FOTCM Member
Thanks for the effort put into making this movie- it is really good. I find the whole thing about aliens & abductions scary, and I don't really know why. I've never been one to watch horror movies, and I have yet to read Hostage to the Devil. Anyhoo, I'm just about to watch some of the other videos on Spiral Out's blog. I think this is worth sharing on a twitter and other social media. Great job!

Interesting UFO in Sochi, Russia:
https://youtu.be/lY-DShP1H2Q
I myself saw this in Krasnodar (not far from Sochi) - several glowing points float parallel to each other, sometimes some wander along this "picture".

FOTCM Member
A bit overboard but, some good stuff. And some rehash from old stomping grounds.

Today's guest is Ronny an oil tanker driver from Ranger, Texas and he will be sharing his sightings of strange crafts and a visit from two humanoid females that would change his life forever.
Click to expand... 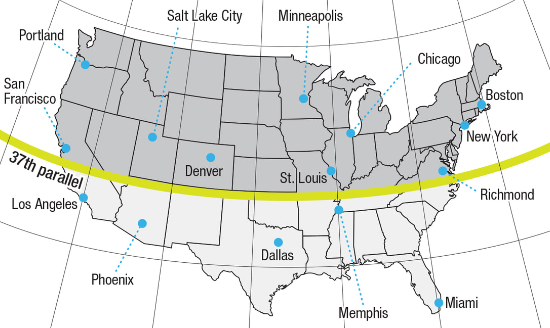 FOTCM Member
I live on the 37th parallel!

. I’m in the 4corners near the NM boarder about 45 miles from Farmington and Aztec NM which are known for ufo activity and on the 37th as well. I just traveled to Taos, NM and had to pass by the turn off to Dulce. Nothing weird happened but for a scary dream I had the first night in Taos which is unusual for me.I didn’t hear the famous hum either. I thought that stopped years ago. The title of this video caught my attention but I haven’t listened to it yet. Being curious I did a quick search of the speaker and the 37th parallel which brought up Dulse and Taos. I’ll have to listen before long. Thanks for posting.
Last edited: Oct 7, 2019

'Alien in my backyard:' The UFO community still believes — and science is starting to listen
Apr 3, 2019 Orlando Sentinel

Long past its peak during the Cold War era, the UFO believer community lives on in meeting rooms across the U.S. and along the Space Coast. And it's recently started to pick up unlikely allies: Scientists.
Click to expand...

Chris Bales and his brother spot a UFO one evening on the mountains in Challis, Idaho.
Click to expand...

As for the issue of 'credits and references' such, in my opinion, there is no need to overdo the credits and sources description, as they could have the adverse impact. A lot of serious sources are considered too 'out there' or immediately treated as 'conspiracy' - so that having collated all the evidence and having included many references, the reader (viewer) can do his own research and homework, depending on how he/ she has interpreted the series. Thus, each person can draw their own conclusions withou feeling as if hey had been misinformed, or influenced by a certain name, or group?!...

NASA Releases A Picture Of The Curiosity Rover With A Mysterious Shadow | NASA's Unexplained Files
In September 2012, Nasa released a picture of the Curiosity, a rover that was exploring Mars. A regular photo of the rover's exploration containing a mysterious shadow intrigued the internet and raised questions.

Yeah, so it was in October 1952 in Oléron and you can read a little more here - the short reenactment shows smaller objects (a few) although the story says:

In front of this "cylinder" were 30 smaller objects that, when viewed through opera glasses, proved to be red spheres, each surrounded by a yellow ring. "These 'saucers' moved in pairs," Prigent said, "following a broken path characterized in general by rapid and short zigzags. When two saucers drew away from one another, a whitish streak, like an electric arc, was produced between them."
Click to expand...

This was the same year, although in July, that Washington was swarmed in that big flap year. 'In 1952, 'Flying Saucers' Over Washington Sent the Press Into a Frenzy' - see here.

The story above further elaborates on the angel hair:

But this was only the beginning of the strangeness. A white, hairlike substance rained down from all of the objects, wrapping itself around telephone wires, tree branches, and the roofs of houses. When observers picked up the material and rolled it into a ball, it turned into a gelatinlike substance and vanished. One man, who had observed the episode from a bridge, claimed the material fell on him, and he was able to extract himself from it only by cutting his way clear-at which point the material collected itself and ascended.

Such "angel hair" is reported from time to time. Laboratory analysis of authentic material (airborne cobwebs are sometimes mistaken for angel hair) is impossible because the material always vanishes. In the summer of 1957, when Craig Phillips (director of the National Aquarium from 1976 to 1981) witnessed a fall off the Florida coast, he collected samples and placed them in sealed jars. But by the time he got to his laboratory, they were gone.
Click to expand...

Had thought the fellow in the short film had said Oléron was in the Basque Country; have been there yet could not remember. Oléron is mentioned as being part of the "Basque Roads, sometimes referred to as Aix Roads" as can be seen here.

There is an interesting bit of background on the Angel Hair phenomenon by Brian Boldman in:

Brian Boldman is an FAA licensed Private pilot and Aircraft Mechanic. After a UFO sighting in 1989, he began more than a decade of research into the UFO phenomenon, concluding that physical trace cases, such as angel hair, might provide the best evidence for the reality of UFOs. 1947-2000
[...]
Click to expand...

While not all angel hair falls involve UFO sightings, there have been several recent high-quality cases with multiple witnesses reminiscent of the 1952 French cases of Oloron and Gaillac, written about by Aime Michel and others.
[...]
ANGEL-HAIR UFOs

The most commonly reported UFO varieties associated with angel-hair falls are consistent with classic types, such as disks, globes, and cigars. More recent types, such as triangles, are rare, as are nocturnal-light cases. There are generally no sounds or odors associated with the falls. UFO colors reported in descending prominence are: silver, white, gray, silver-white, black, and a scattering of orange, blue, and red. Commonly the UFO is described as reflective, shiny, silvery, or bright.

Out of 215 cases, 72 have descriptions capable of being categorized. In the case of angel-hair UFOs, almost all are daylight sightings. The only exceptions in the following table are in the other category, which includes a few daytime “jellyfish” or “tadpole” types; the rest are nocturnal lights.

Fifty-nine cases have information on the time when the fall began, and some of these include in the total duration of the fall. In 16 cases where the beginning and ending of the fall was noted, fall limes ranged from 1 hour to 11 hours, with the average length of fall being 3 hours. The data indicate that angel hair is mainly an afternoon phenomenon, with a peak time between 1300 and 1400 hours. The beginning time of falls where that was reported is summarized in the following table. Note that fully one-quarter of the cases began between noon and 2 p/m/ local time.

c.a. said:
NASA Releases A Picture Of The Curiosity Rover With A Mysterious Shadow | NASA's Unexplained Files
Click to expand...

I don't know why they have to go through all that mystery nonsense when they already have the explanation at 3:50

FOTCM Member
It may have some good video analysis and hypothesis. It's also free to the public...Hmmmm?

FOTCM Member
An interesting perspective. With a little twist from August.

Flashback: EL AL Israel Airlines LY9
Aug 31, 2020
An El Al Israel Airlines Ltd. plane flew through Saudi Arabian airspace for the first time, a sign of the improving diplomatic relations in the region. Flight LY971, the same digits as the United Arab Emirates’ international phone code, traveled over the kingdom to Abu Dhabi on Monday after the countries agreed earlier this month to establish ties. Following a deal brokered by the U.S., talks focusing on economic issues are due to start this week.

Predictive Programming is a theory that there are controllers who are fully aware of what is coming in the future. People tend to see a forewarning in fictional movies or books.

Some see these portents as an attempt at mass mind control to make the population more accepting of planned future events. This was first described and proposed by researcher Alan Watt who defines Predictive Programming as a “subtle form of psychological conditioning provided by the media to acquaint the public with planned societal changes to be implemented by our leaders. If and when these changes are put through, the public will already be familiarized with them and will accept them as natural progressions, thus lessening possible public resistance and commotion.”


Coincidence and synchronicity are always something that have been a blessing and a curse for my show. It helps us with our credibility when we give out information that is a forbearance to the mainstream news. It also is a curse because when people hear the information later from others, we get e-mails asking why we haven’t talked about the topic when it is hot in the mainstream—or in the zeitgeist.

Just before the election it was announced that It was announced that the film “Greenland” will premiere directly on premium video-on-demand platforms starting Dec. 18. The movie, was initially supposed to debut on the big screen, but it’s skipping theaters in the U.S. due to the pandemic. The film’s trailer was released earlier this spring but was immediately pulled because it was not going to be seen in theaters.
The trailer was out only one day before it was inexplicably pulled offline. The movie is about a family that has to fight to get to bunkers in Greenland to avoid a Near earth collision with fragments of a Comet plummeting to earth.

At the time of the first viewing and the abrupt shutdown there were a few conspiracy theories swirling around about how something a little more sinister was at foot.
Click to expand...

There is nothing wrong with that. If he gets ahead in himself, that's okay. I also do not mean that the C's belong to anybody alone. Because the power of the statements and the group is not diminished by it, but rather increased, the more people know about it.
Click to expand...

as it has been mentioned to you already, it's customary here that members who do not speak English well enough translate their posts into English with a tool such as DeepL. The original German version can be posted below in a quote box or spoiler box. You can see an example here. Since this is an English-speaking forum and most members don't understand German, it makes sense that one person [the author] translates their post into English instead of expecting hundreds of readers to translate that text for themselves. Posts in German only, without English translation, won't be approved anymore.