On a related subject revolving Monkey Pox
I found a telegram video here, and took three screen shots of it. It is about the fiction exercise scenario Monkey Pox Déjà vu

Woki-Woki-Woke
I did not know where to put this, but since the world seem to have gone woke crazy at so many levels, I throw this in here, too.

I thought this was so beautifully illustrated

The Corona Halo effect we've seen a thousand times
among the criminal elite... uhm oh dear, i meant "our leaders"

(Germany's Chancellor) "Olaf Scholz does not wear a mask on the plane, because no one is looking. But getting off the plane with a mask is very important, so that the fools of the electorate can continue to be taken for fools. Will this arrogance of power eventually break the neck of Scholz and Co. politically?"

Since I am at it, let's look at Germany's health minister Karl Lauterbach... *hm*

Being on the Doctor's Congress. Happy faces... weheee... but wait a minute....

Patient number 1 with monkeypox in Germany was discovered in Munich, as with Corona.

As with Corona, the case was discovered in the Schwabing Clinic (Munich), of all places.

As with Corona, the patient was treated by exactly the same doctor, Prof. Dr. Clemens Wendtner, by chance.

Of course, these are all pure coincidences.
Anyone who claims otherwise can only be a right-wing conspiracy theorist

By the way, monkeypox infection is also - you guessed it - detected with the sacred PCR test.

And a vaccine already exists and has miraculously even been approved.

What a happy circumstance

It always intrigues me (and I don't really understand) that asian citizens often tend to use extreme measures; whether wearing masks in times nobody else does it, or coming with (more or less) home made hasmat suits...

I remember 2 years ago on 6 April 2020, once I finally got out of the lockdowned Sicily which had barely any flights leaving for weeks - on the flight between Catania to Paris - two asian people had suits on and it looked extremely uncomfortable...

Hello.
I hesitate between laughing and crying after watching this 10-minute video about the Covidist religion and its surreal rituals :

True. Laughing or crying. Or both. Now let’s look at Australia with another Covid-Clown-world ™ quirk….

CPR with facemasks on 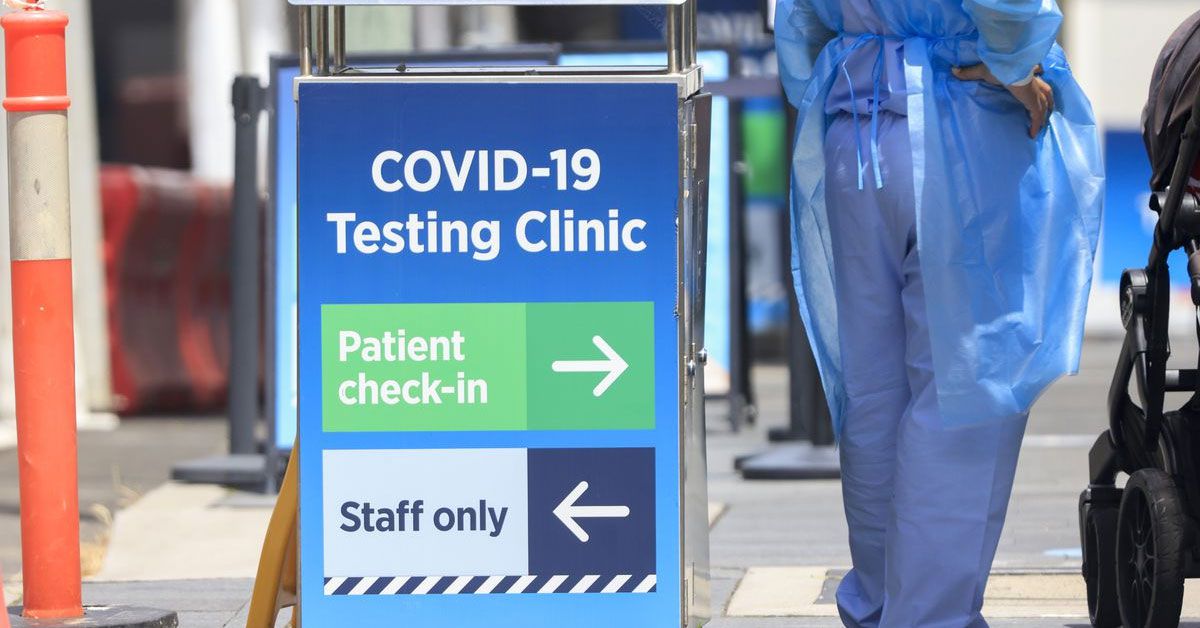 "As the number of COVID-19 deaths in Australia remains high, new international research has shown that it may be possible to perform mouth-to-mouth resuscitation while wearing a face mask to keep the virus at bay."

“That would have to be the stupidest thing I've heard for the past two and a half years. And even that is believed when promoted appropriately...” (writes Henning Rosenbusch, a german reporter who has moved to Sweden) t.me/Rosenbusch

I had taken a 2 hour flight from Santiago de Compostela to Paris, France a week ago.
Flights in and out of Spain have to be masked (people), and as I listened with one ear to the stewardesses' safety instructions, I wondered if I had done the right thing in changing my front seat at the last moment for a back seat because the back seat was facing the window and not the middle, except that surprise, there was a granny squatting in my seat, and who was looking with a worried eye through this very coveted window, I opened my mouth but no sound came out, except to ask the first seated passenger to let me pass to take the middle seat.
Two days before, I had bought a mask, and left it to hang in the window to air out and get some sun.
Already in the boarding corridor, apart from another bird, people, including children, were already wearing masks, there were Spaniards of course, as well as French, but also English and Japanese tourists, and someone wearing a fluorescent pink mask, I confess I forgot to observe more.
Two steps before I got on board, I put on my super black mask, which I thought I had lost, I had decided to travel more than light, so instead of my usual wrangler, I put on my hiking trousers with two thousand pockets all over the front, back on the sides, hidden pockets, and surprise pockets, after two years of its purchase I had discovered one more pocket.
Click to expand...

With all the weight I put into these pockets, I wondered if in addition to the belt, I should put on my Sunday straps.
With confidence in my pockets, I dipped my hand into a bottomless pocket, and you know what?!? Well there was a bottom actually, and that was where the black mask was, and just like me, it had faith that it would be found.
So I put it on, and the masked smile of the air hostess greeted me, and as much as she was making a Mr Bean face at me, I walked down the middle line, where on either side "you'll be masked and happy" were scrolling by sitting down, and there I almost went Mr Bean for good.
And it is in this state that I arrive at the window squatter.
Sitting in the middle, I adjusted the airflow, and know that in this flight, there was a before and after this moment of technicality.
I felt my nose itch, tickle, I pulled the mask off to see and stuck my thumb inside, well the day I hung my new mask, free of cat hair for its sunbathing, I didn't care that it was on the floor, and Shadow of the Ninja my cat lurking around, watching me pick up my now contaminated mask, ignorance is bliss, until it scratches your nose to the point of a sneeze.
While I was struggling with my damn mask, the flight crew was performing the Marcel mime-like safety instructions, with a voice-off repeating the safety instructions in English and Spanish.
So the second language confirmed what I thought I had misunderstood in the first, which said this: "...before putting on the oxygen mask, don't forget to remove your (sanitary) mask, otherwise you may choke."
I did indeed choke with laughter in my mask, before choking at all, I was able to find some breathability by lowering my mask below my chin, without being bothered.
But after a while, with the new elastics of the mask which tightened my ears too much, I couldn't take it anymore, I ended up taking it off to pull a little on the elastics to lengthen them a bit, then to put it back on, then to repeat the operation again after a while, I don't know if it was my ears which grew for the occasion, or it was elastics not so elastic as that.
Anyway, as I kept pulling harder and harder on it, one of them broke off, putting the remaining elastic back on my ear, it was perfect, I was wearing the mask, I could breathe, and it didn't squeeze me anymore.
My window squatter had another technique, which was to order a beer, whistle it as slowly as possible, and fall asleep with the mask under her nose.
While my neighbour, on the corridor side, meticulously kept her mask on, while sneezing here and there a little embarrassed.
At the end of the flight, she put her head on the backrest in front of her, after 45 seconds, I started to worry, without moving I tried to understand if she needed help or not, I approached her, while sitting we were already very close to each other, I didn't have the time to open my mouth to ask her, that she swivelled her head towards me, looking like she was saying through her two tired eyes; "safe distance!" Blinking "Safe"- "Distance!"
Click to expand...

A picture is worth a thousand words...

No words necessary fore sure

"Reflection has its price"
Warning - thinking is harmful

It is always "funny", how they bend and nudge things in articles; Mental exertion changes brain metabolism, a new study shows. A messenger substance accumulates in the nerve tissue that is potentially toxic.