SOTTREADER said:
Does France have an anti lockdown or anti vaccination movement?
Click to expand...

Yes, definitely an active anti-vax movement, and by the "drastic drop in numbers being vaccinated" it seems there is a sizeable percentage of passive anti-vaxers.

Andrian said:
Here in Italy they are already starting to threaten and blackmail the population with the returning of the partial lock downs in August because not enough people have been vaccinated. Some of the medical whores even dared to suggest applying in the fall the lock down only for the non vaccinated people.

Immagine the possible madness that is in store for everyone starting the fall. Can't wait for the big changes to approach honestly, this is becoming ridiculous...
Click to expand...

It's pure hubris. There are probably tens of millions of people in both Italy and France that have not been vaccinated. These idiots in power have no idea of the response they will get if they treat so many people as 2nd class citizens.

At worst, you won't be allowed to go to indoor events, the cinema, restaurants, cafes. But outdoors yes. Doesn't seem so bad, and I suspect that people will eventually take a stand against such bullshit.

Emmanuel Macron addressed the country this Monday, July 12, 2021 at 8:00 pm, in a solemn speech. Here are the main announcements presented by the head of state.

Ursus Minor said:
I wonder if someone could sum up the main points of Macron's speech in English, please?
Click to expand...

This is the sum up from MK Scarlett, chilling.

It would be nice to know from french based members.
Click to expand...

Meh, more manipulative attempts, similar to those happening in most western countries, or will be soon. The problem is that vaccine uptake is rather low in France, hence the manipulative tactics. This is just manipulative talk and threats for now, all designed to get people to take the vaccine, and we will have to see if and how those threats are implemented. I expect significant resistance at local levels.

MK Scarlett said:
"They" speed up the process and they push all the buttons: Fast and hard. Would they be desperate?

Or do they want to overpower and make pay those French people who invented the Gilets Jaunes movement and made the PTB shiver?

I wonder when they will decide to make mandatory the vaccine to go working.

Good evening from France, where we are stunned, desperate.The hardening of speeches against unvaccinated people let us foresee the worst and the worst is officially launched. Compulsory vaccination of caregivers (doctors, nurses but also people working in health or social medical institutions) from September. The refractory ones will be thrown out, quite simply. Access to culture, bars, restaurants and transport will be subject to the health pass. The tests will have to be paid for. The vaccine is not compulsory but life is impossible without it. I can't believe this perversity. I can't imagine staying on the deckchair eating popcorn while watching the spectacle of a vile world being set up. What's next on the agenda? Dismantling of pensions, development of digital technology and climatic cinema. Many believe that the already moribund democracy is officially dead tonight.

SOTTREADER said:
Does France have an anti lockdown or anti vaccination movement?
Click to expand...

Yes, there are. I already saw some calls to ruin the 14 july (national day).

Aniram said:
The vaccine is not compulsory but life is impossible without it
Click to expand...

Unless you're a health worker, why do you say that? Access to culture, bars and restaurants is not essential and there is alternative for transport.

About health workers, a massive strike from them is looming because they really know the effects of the vaccine. Will will see.

Macron: We have to ask ourselves the question of compulsory vaccination for all French people.
Click to expand...

So for most people it is still just a scare campaign unless they are working in hospitals, retirement homes or schools.
Those people are probably already under a lot of pressure to comply.

Cafés and restaurants will probably be locked down in winter anyway, so nothing new there.

Trains and planes only for the vaxxed - that sounds pretty wicked but which countries will people be allowed to fly to anymore?

Here in Germany official calls for compulsory vaccinations will not start before the general election on Sept, 26.
The media here are freely admitting that the vaxx campaign is rapidly losing speed - as it is reaching the 60% mark. The official goal is at 85% receiving the injections.

Somebody must be leaning down very heavily on the leading political puppets...
S

Joe said:
Meh, more manipulative attempts, similar to those happening in most western countries, or will be soon. The problem is that vaccine uptake is rather low in France, hence the manipulative tactics. This is just manipulative talk and threats for now, all designed to get people to take the vaccine, and we will have to see if and how those threats are implemented. I expect significant resistance at local levels.
Click to expand...

Being psychopaths I think we're witnessing a ratcheting up of restrictions by means of those jab passports. In the wings we're having countries like Malta denying entry to anyone who hasn't been jabbed which I think is a precursor for other countries in the EU doing this.

Then of course you'll have the internal restrictions which I understand was trialled in Hungary as it had adopted a vaxpass for internal affairs. It seems we didn't even notice it and I understand for example all those in the football stadiums which were full in Hungary gained entry by this passport.

Now France makes this crazy announcement today. Today also the British government announce they are releasing restrictions on 19th July but will be encouraging businesses to use vaccination certification and also will now be encouraging major employers to coerce their employees. Early signers to this scheme are Asda (supermarket) for example and Amazon. In the UK they've also lifted travel restrictions for vaccinated in that they don't have to quarantine and they get special fast lines at airports... To laugh or to cry?

It looks to me they are getting things ready for winter. The infrastructure is being set and they'll need a crisis in winter to accelerate the tyranny.

Separately, there is talk coming out of the US that FDA will move to fully approve the jabs before the trials are finished. Fauci was saying it's a formality yesterday - BTW I hope people have noticed Fauci is back out doing the media rounds after the email leaks which sent him hiding for a bit. UK Column mentioned today as well that they are hearing chatter about Biden waiting for this FDA approval to arrive before he makes his move to make this jab complusory in the US (well, at least try as I'm sure the resistance there won't go with the agenda). Another piece of interesting development, Israel has started giving its population the 3rd jab, starting with the "weakest" naturally before no doubt rolling it down the population groups. 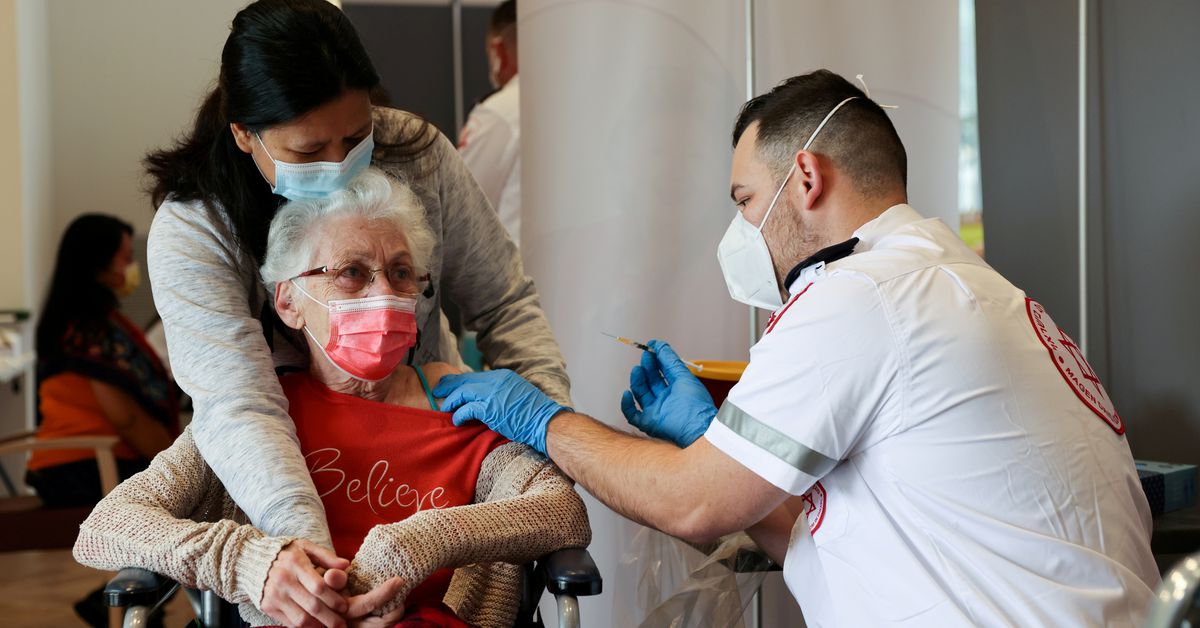 Israel said on Sunday it will begin offering a third dose of Pfizer Inc's (PFE.N) vaccine to adults with weak immune systems but it was still weighing whether to make the booster available to the general public.

So it's all moving into place. They just need a crisis now and they turn it all on. The infrastructure is kind of in place now really. It's a bit scary.

Btw, for anyone who gets jab to get freedom. Know you need 2 now, you'll need a third one within 6 months and whatever they say you need next year. The passport you'll hold will simply become invalid if you don't get the shot when they say you should get the shot.

Also in UK they have started a trial to give covid jab EACH MONTH for people suffering from long covid. 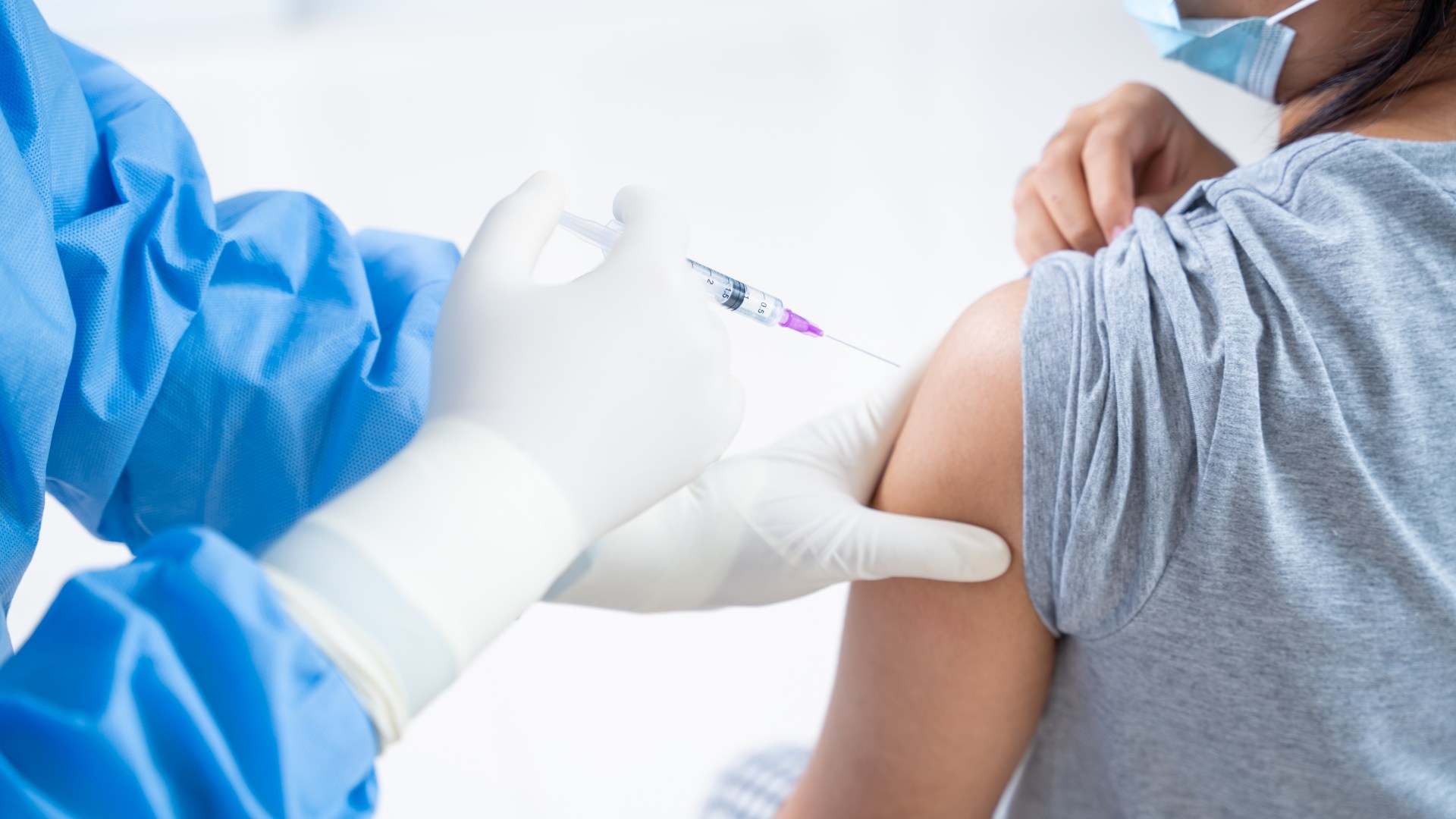 LONG Covid patients are to receive monthly vaccines in a trial that offers hope for the one million Brits who suffer crippling chronic symptoms. In a world-first, British scientists are set to exp…

Joe said:
At worst, you won't be allowed to go to indoor events, the cinema, restaurants, cafes. But outdoors yes. Doesn't seem so bad, and I suspect that people will eventually take a stand against such bullshit.
Click to expand...

Yes Joe, being able to stay outside is a good thing especially where I live (in the mountains, with my honey and animals).
The problem is that the president has said (conditional) that we all have to be vaccinated and that it will be mandatory starting in September. Currently I work in a snack bar and I would not give in to this obligation of health pass even if it means quitting.
I hope that we anti-vaccine people will not give in to this madness.
I guess the president won't go through with what he says, he's "bluffing"?

david.d said:
The problem is that the president has said (conditional) that we all have to be vaccinated and that it will be mandatory starting in September.
Click to expand...

Can you point me to the quote please?

Ellipse said:
Unless you're a health worker, why do you say that? Access to culture, bars and restaurants is not essential and there is alternative for transport.

About health workers, a massive strike from them is looming because they really know the effects of the vaccine. Will will see.
Click to expand...

In my anger, I did not mention the businesses that are part of the list, sorry!
The vaccination of caregivers also concerns medical and social establishments, which are not health establishments but work for fragile populations. A reflection will be carried out quickly to extend the obligation to other professions. Who is optimistic enough to think that with such a system, only health care workers will be concerned? It is indeed the daily life of the unvaccinated that will become impossible in all its dimensions. In any case, this is how I perceived the speech.
As for transportation, I think that many people do not have many alternatives. I am not sure that many will stand up and say STOP.

The double penalty for French expatriates:
"All our vacations are disrupted": the headache of unapproved foreign vaccines for expatriates:
Sputnik, Sinopharm, Coronavac... So many serums that do not comply with the European sanitary pass, and that many French people living abroad have received. Between lack of information, orders and counter-orders, expatriates are fuming.
«Toutes nos vacances sont perturbées» : le casse-tête des vaccins étrangers non homologués pour les expatriés
And Russian diplomacy is annoyed, Maria Zakharova said:
"We condemn France for such discriminatory statements made by a high-ranking representative, and which revive the spirit of neo-Nazi segregation in Europe."