People on social networks reported an earthquake in Germany. The unusual earthquake had a magnitude of 4.2 and occurred at 11:47 UTC on July 09. 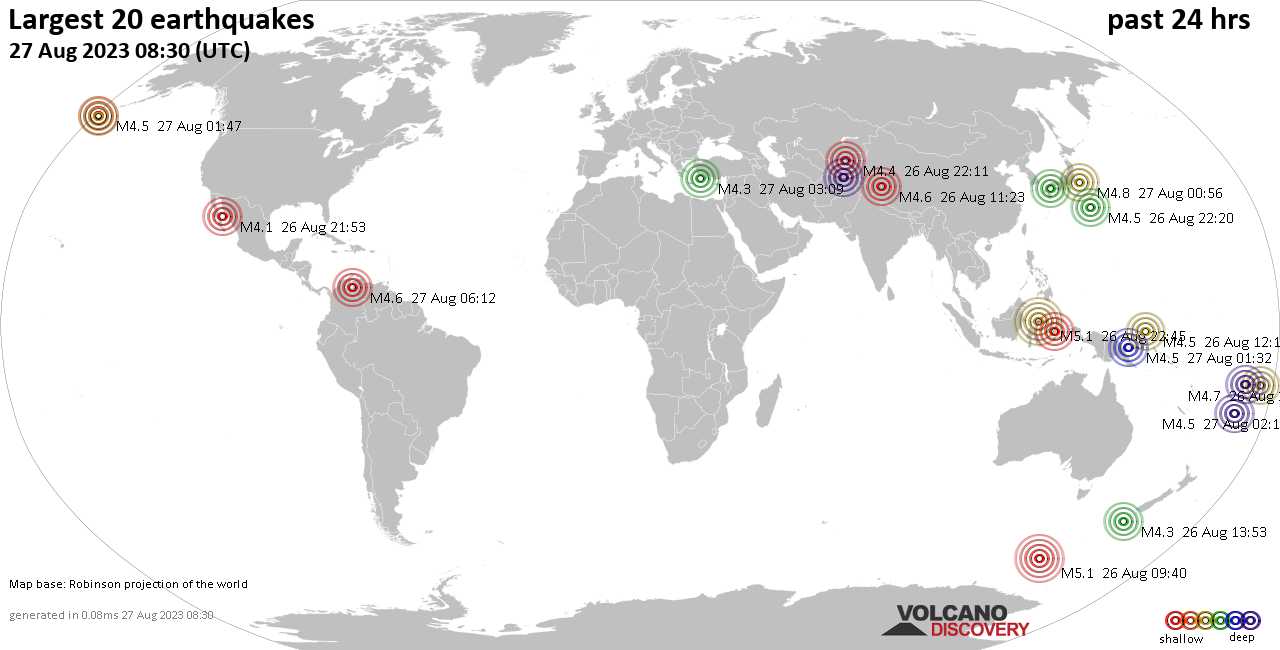 In the past 24 hours only one M5 earthquake has been recorded.

https://twitter.com/i/web/status/1546261915130904577
The rest of the day has been characterized by low magnitude earthquakes in the usual places around the Ring of Fire, it is worth mentioning that the seismic swarm in Puerto Rico has returned. 40 earthquakes have been recorded in the past 24 hours in the Puerto Rico region

EVALUATION ---------- * AN EARTHQUAKE WITH A PRELIMINARY MAGNITUDE OF 6.0 OCCURRED ABOUT 96 MILES SOUTHWEST OF UPOLU ISLAND AT 1124 AM SST ON MONDAY JULY 11 2022. * BASED ON ALL AVAILABLE DATA... THERE IS NO TSUNAMI THREAT TO AMERICAN SAMOA FROM THIS EARTHQUAKE. * SOME AREAS MAY HAVE EXPERIENCED VERY STRONG SHAKING. POTENTIAL IMPACTS ----------------- * NO TSUNAMI IMPACTS ARE EXPECTED. Tsunami information center
Click to expand...

Tsunami Warning - A tsunami warning is issued when a tsunami with the potential to generate widespread inundation is imminent, expected, or occurring. Warnings alert the public that dangerous coastal flooding accompanied by powerful currents is possible and may continue for several hours after initial arrival. Warnings alert emergency management officials to take action for the entire tsunami hazard zone. Appropriate actions to be taken by local officials may include the evacuation of low-lying coastal areas, and the repositioning of ships to deep waters when there is time to safely do so. Warnings may be updated, adjusted geographically, downgraded, or canceled. To provide the earliest possible alert, initial warnings are normally based only on seismic information.

Tsunami Advisory - A tsunami advisory is issued when a tsunami with the potential to generate strong currents or waves dangerous to those in or very near the water is imminent, expected, or occurring. The threat may continue for several hours after initial arrival, but significant inundation is not expected for areas under an advisory. Appropriate actions to be taken by local officials may include closing beaches, evacuating harbors and marinas, and the repositioning of ships to deep waters when there is time to safely do so. Advisories are normally updated to continue the advisory, expand/contract affected areas, upgrade to a warning, or cancel the advisory.

Tsunami Watch - A tsunami watch is issued to alert emergency management officials and the public of an event which may later impact the watch area. The watch area may be upgraded to a warning or advisory - or canceled - based on updated information and analysis. Therefore, emergency management officials and the public should prepare to take action. Watches are normally issued based on seismic information without confirmation that a destructive tsunami is underway.

A second aftershock was recorded in the Easter Islands after the 6.8 magnitude earthquake (according to USGS).

The earthquake M6.8 had a estimated release seismic energy of 1 x 1015 joules (278 gigawatt hours, equivalent to 2.4 x 105 tons of TNT or 14.9 atomic bombs!) There were different reports of the magnitude of the earthquake.

Current Global seismic activity is moderate. The strongest earthquake occurred in Peru, with a magnitude of 5.1

Earthquake of magnitude 5.5 that was registered with epicenter 9 km northeast of Irapa. The tremor was felt in cities such as: Cumaná, Carúpano, in #Sucre; Maturín, in #Monagas and Anaco, in #Anzoátegui, eastern sectors of Venezuela.
Click to expand...

After the M5.7 earthquake in Venezuela, an earthquake was registered in Ecuador with a preliminary magnitude of 6.0, later the earthquake would be updated to M5.7 by USGS.

https://twitter.com/i/web/status/1547765300971466752
Some videos were posted on Twitter of this strong earthquake in Ecuador. In the following video during the earthquake, people pray and implore the Lord for mercy.

Maybe it is a coincidence or maybe not. In Japan there is a belief that the appearance of a rowing fish is the announcement of an upcoming earthquake of great magnitude.

They captured rowing, the fish that announces earthquakes and other catastrophes

Specific, the oarfish is considered in Japan as Ryugu no tsukai, which means “Messenger of the Palace of the God of the Sea”. This means that if several rowing fish are seen in the Asian country, the occurrence of powerful earthquakes is close.
Click to expand...

The appearance of saber fish is associated in Japanese culture with the announcement of the occurrence of violent earthquakes and tsunamis. Although it is a popular belief, the sighting of them in recent years has preceded earthquakes in various parts of the world.
Click to expand...

From science they advance a possible explanation for the appearance of the oarfish and the earthquakes: deep-sea fish such as oarfish live near the sea floor and are much more sensitive to active fault movements than those near the sea surface. This would make them emerge when they detect strange movements, which alter their behaviors.
Click to expand...

https://twitter.com/i/web/status/1546639504567672832
Two days ago peruvian fishermen hunt a sablefish or oarfish of more than five meters in Pucusana

The estimated seismic energy release of this M6.4 was equivalent to 60036 tons of TNT or 3.8 atomic bombs according to Volcanodiscovery data.

▪︎Earthquake Forecast. This forecast was published 4 hours before the M6.4 earthquake in Chile. Possibly it is this earthquake. Let's hope it is, however, we must be alert in case a major earthquake occurs in the next few days.

Two M5+ earthquakes in the Kermadec Islands within minutes of each other. 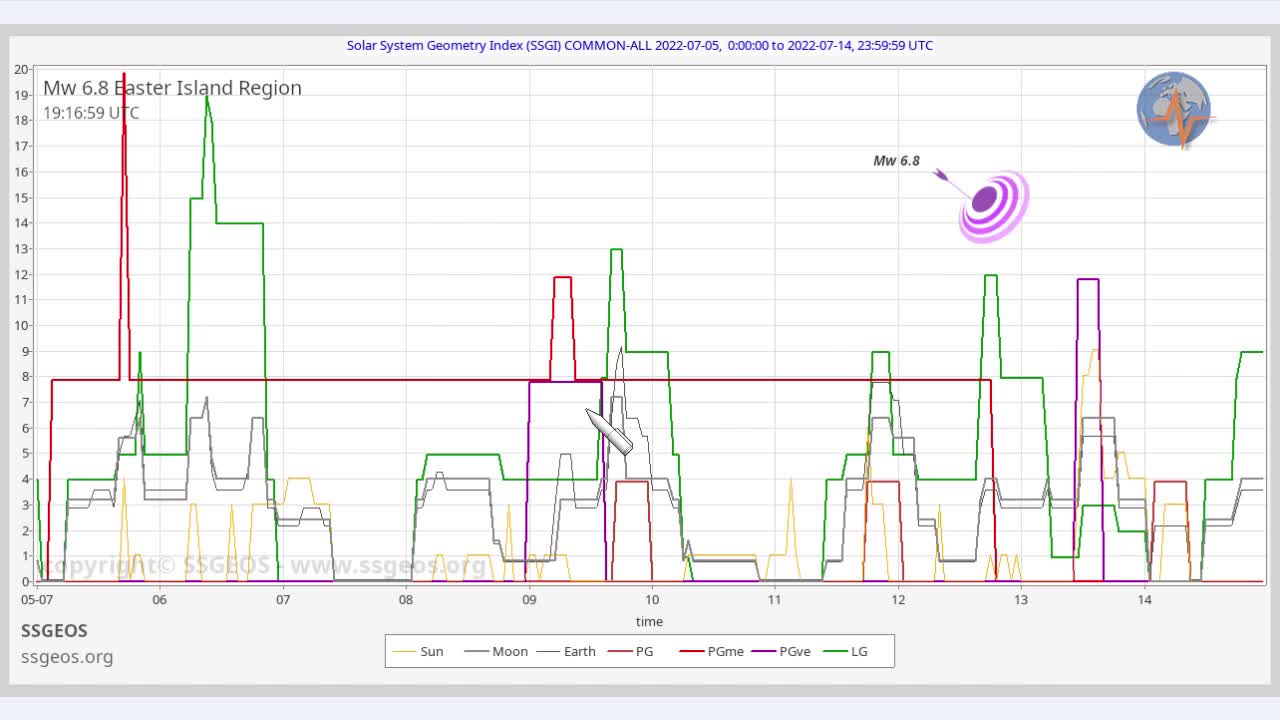 A lunar peak late on the 15th may cause larger seismic activity most likely in the 6 magnitude range, but with a slight possibility of magnitude 7 on the 16th or 17th.