Niall said:
Today is the 8-year anniversary of the agreement between president Yanukovych and the leaders of the EuroMaidan opposition - brokered by Poland, Germany and the EU - in which Yanukovych agreed to call an early election that year. The following day, February 22nd 2014, snipers (later found to have been hired from Georgi, almost certainly by the CIA) opened fire on protesters in Kiev and Yanukovych fled from Kiev.

Do you think Putin was trying to make a point?!
Click to expand...

I think he tried, the problem is that they didn't listen and still don't listen. The only difference is that the possibilities are different at different times. They tried to talk many times, but to no avail until they started doing the right things. Offhand: Transnistria, Slatina, South Ossetia, Syria, Belarus.

These people in the LDNR have been suffering this civil war and unrest for 8 years due to the psychopaths in the West. Somehow, some part of me can't help but feel responsible / guilty as I sit here in my comfy home reaping the benefits of easy access to dollars and a peaceful life. I know logically it's not my fault, but still.. it's a deep feeling that I can't shake - I watch the rest of America that is mostly ignorant and blind to the suffering caused by their own government and media, so easily swindled by media lies.. and... I just feel like I'm really not a part of this society.

We will see what reaction the Western psychos have, surely nothing good. I have been listening to some of the press conferences the last few weeks and the one with Lukashenko stood out to me.

Alexander Lukashenko: I have the impression that certain people vested with huge responsibilities, the politicians of the so-called "free world", are pathologically dangerous to those around them, including their own people.
Click to expand...

Yes they are, Mr. Lukashenko, what an acute and studied observation you have publicly made.

I don't know why I feel like I'm in deja vu with all this... here we are having problems on the border with Colombia that I even had a dream that I was a soldier.

It seems like a strange move to me, but so obvious at the same time. It seems to me the least opportune moment for Donetsk and Lugansk to declare independence, it is like "if Russia does not come to war, we bring it to them" or "hey well, Russia doesn't go beyond their border but we already have troops there, why don't we declare ourselves independent and then say that they, now they did, invade us?" Having so long ago to do it, no, just now it gives them to do it. By declaring themselves independent, there are already enemy forces occupying those territories and if they don't leave, they will be attacked thus starting what they wanted to avoid or so they believe.

Niall said:
Today is the 8-year anniversary of the agreement between president Yanukovych and the leaders of the EuroMaidan opposition - brokered by Poland, Germany and the EU - in which Yanukovych agreed to call an early election that year. The following day, February 22nd 2014, snipers (later found to have been hired from Georgi, almost certainly by the CIA) opened fire on protesters in Kiev and Yanukovych fled from Kiev.

Do you think Putin was trying to make a point?!
Click to expand...

Absolutely. His adversaries are imbued with occult numerology and I was suspecting them to pull off something themselves on that date.

The western empire had its coup on 2/22/14, and Putin is closing the circle on 2/22/22 with his declaration which is nothing less than a coup in itself thereby beating the war hawks at their own game.

FOTCM Member
Heightened tensions are also causing the price of oil to skyrocket. Which is more than a good compensation for the temporary damage the sanctions are wreaking

FOTCM Member
a bit of humor

FOTCM Member
What will China do?

SOTTREADER said:
Interesting viewpoint - Russia dumped most US Treasury Bonds and has been purchasing Gold like crazy over the last 3 to 4 years. He speculates that Russia may be gearing up to trading oil and gas with China and the "Stan" countries in something other than the dollar.

I follow the price of gold and since the first of february it is on the rise ($200.00 can.) Funny that it happen as the freedom convoy was gaining momentum. Some say that the crypto currency was created to funnel investor from buying hard asset like gold and silver to kept those hard asset low and were safe from interferance from government is praying eyes. Seem that Mme Freeland burst that buble last week and some may decide to change there crypto and invest in gold and silver insteed. I'm not an expert, just monitoring my investment so it is pure speculation from my part.

Ambassador
FOTCM Member
I have been following this since this afternoon, my time, when it was announced.

And I read a few items where it was discussed how it had been a really nice move by Russia. The US was already going to sanction Russia one way or the other, so there was no way to actually avoid that, with the recognition it is actually pushing the US to either leave Ukraine alone, or talk about it, or sanction (or attack) Donbas and Lughansk, which would be a way to tacitly recognize their independence from Kiev.

The other thing that the Russia accomplished was to force Kiev to take the matters into their own hands instead of following along Washington, and call for a UNSC meeting on the issue, where things could be discussed and so as to avoid, somewhat, the trial by media that had been taking place.

Here's Putin's address to the nation prior to his move (worth the watch):


And as I was typing this, I noticed the following:

And this, which is interesting:

President Vladimir Putin has ordered the Russian military to “secure the peace” in the newly recognized Donetsk and Lugansk republics, which were formerly considered to be part of Ukraine.

Moscow officially recognized the independence of the two breakaway regions on Monday.

Putin has instructed the Defense Ministry to send peacekeepers into the Donbass, while telling the Ministry of Foreign Affairs to establish diplomatic relations with the states.

The Kremlin’s official move comes shortly after Putin’s lengthy address to the nation on Monday evening. In it, he explaiened the step as a long overdue response to what he described as the “brotherly” Ukrainian nation becoming a “colony” of the West and falling under the rule of a “russophobic” government both hostile to Moscow and denying ethnic Russians and Russian-speakers basic human rights.
Click to expand...

FOTCM Member
Now that Russia has recognized these regions we can expect the MSM to absolutely flood every outlet with 'outrage'...or, wait a minute, actually that's already happening.

And the WEF Young Leaders Psychos from various countries have already tweeted pretty much word-to-word exactly the same 'condemnation'. It's also interesting to see that many of the alternative 'influencers' and journos who have seen through the Covid PSYOP can't at all now see what's actually going on with the Ukraine situation – they are fully on board with demonizing Putin etc.

It will be an interesting 48h ahead I'm sure, get the popcorn ready and 'enjoy the show'!

I hope the Russians will finish the job this time!

'Putin to US: We are ready to show you what de-idiotization really looks like.' 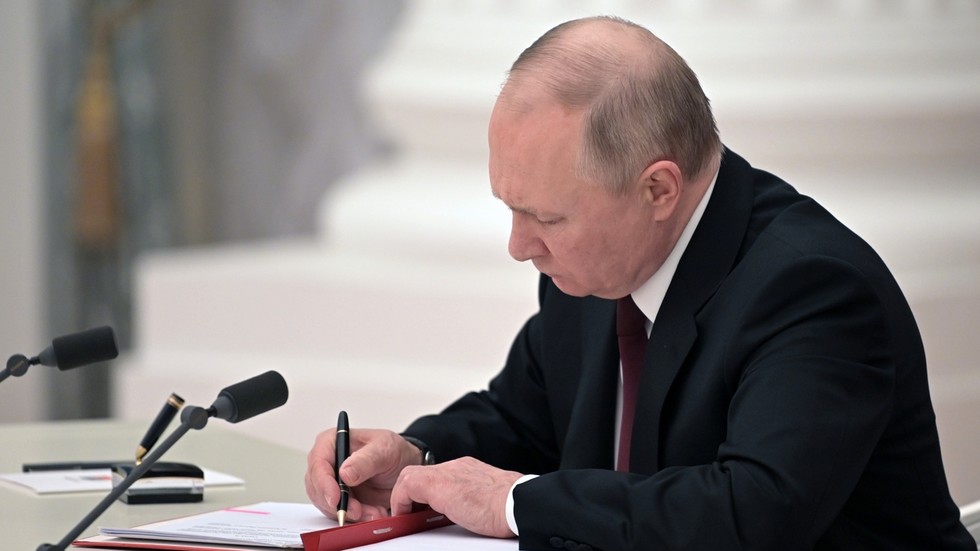 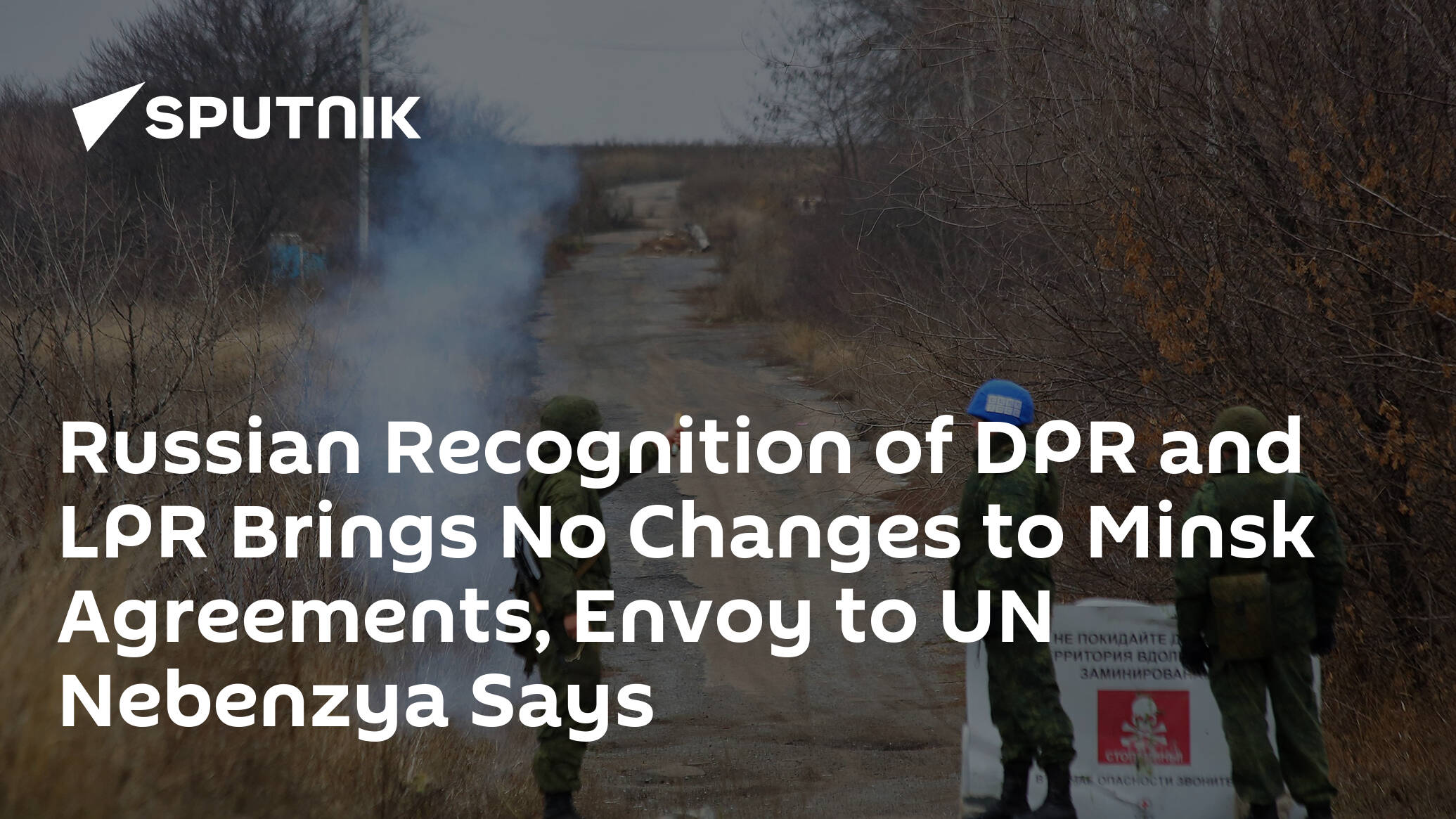 MOSCOW (Sputnik) - The recognition of the independence of the people's republics of Donetsk and Lugansk (DPR and LPR) by Russia does not change the composition of the parties to the Minsk Agreements, Russian Ambassador to the United...

'Zakharova to US: You want endless talks? - Let's talk!' Russia is still ready for talks with US after recognizing LPR, DPR as independent — MFA

"We are always in favor of diplomacy," Maria Zakharova stressed

Reflections in Russia:
Ζήτης - God of the north wind (north wind - unofficial Russian military assistance to the republics from 2014 to 2022)
Zrada - loss in Ukrainian speech
Zelensky - is the current president of Ukraine
Zapad - West in Russian speech
Zorro - Just funny

FOTCM Member
The puppet regime in Kyiv should be very careful now.

Putin has a chilling message for the Ukraine​