Tanks, Laura and team. And, of coruse, Cs.

FOTCM Member
Thanks for the new session!

FOTCM Member
Thank you very much for sharing this new session.

A sinkhole the size of Lake Superior...

That statistic on Ashkenazi Jews though......53% was it? That's over one in two people, psychopaths.

FOTCM Member
Thank you very much for new informations!

(Pierre) What was the cause of this monochromatic earthquake that lasted 20 minutes last month off the coast of Madagascar?

A: Combination of factors including crustal slippage and magnetic field anomaly. Check gravity graphic for the region for clues.
.......
Q: (L) Well, let me backtrack here... Was the collapse of that underground chamber a harbinger or a trigger that will start some kind of chain reaction of events on the planet that are going to travel around the globe the same way the waves traveled around the globe?

Q: (Joe) If something like that collapses in on itself, if that happened on the continental shelf off the coast of California, it would fall into the ocean!

Q: (Chu) How large are we talking about for that big "sinkhole"?

A: Size of Lake Superior.

Q: (L) Well, Jesus, it would have to be big to send waves around the whole planet and ...

(Andromeda) They felt it near Hawaii.

(Pierre) And New Zealand.
.......
(Joe) But you probably have a lot of sinkholes going on around the world that don't manifest on the surface as things open up.

(L) And then eventually one day... That's creepy.
Click to expand...

I moved 4 years ago, at that time, I thought I moved out from earthquake zone in California, but later I realized that I still live in what they call Ring of Fire’ zone, which is 200 miles south side of Anchorage.
But nowadays, I am not worrying, because anything can happen any place.
Instead, while I still have time, all I an do is to keep working myself to become better to fit in Divine Cosmic Mind’s future plans.
Whatever going to happen nobody can stop it, so just happy about knowing knowledge of the Universe Wisdom.

FOTCM Member
Brillant as always! Many thanks!

Pacific Coast Region
Seaward of the slope are the expansive areas that underlie the oceanic habitat of the California Current, and include complex deepwater habitats at depths of 2,500–4,000 m (8,202–13,123 ft) and beyond: plains, channels, hills, sedimentary fans, volcanically active ridges, and seamounts.

The most conspicuous bathymetric features are seamounts, escarpments, and ridges. There are at least six sea-mounts and seamount groups within the EEZ, with depth of summits ranging from 770 m (2,526 ft) for Pioneer Seamount off San Francisco to 2,229 m (7,313 ft) for Tanney Seamount off Monterey Bay, California.

There are an additional seven seamounts located just outside the EEZ of the Oregonian Province boundary. The Gorda and Juan de Fuca Ridges, extending from northern California to Washington, also are significant physiographic features of the Oregonian Province. These two ridges are seafloor-spreading centers—sites where submarine volcanism brings hot magma to the surface of the seafloor and where hydrothermal vents (hot springs) are common.

Lake Superior
Lake Superior has a surface area of 31,700 square miles (82,103 km2), which is approximately the size of South Carolina or Austria. 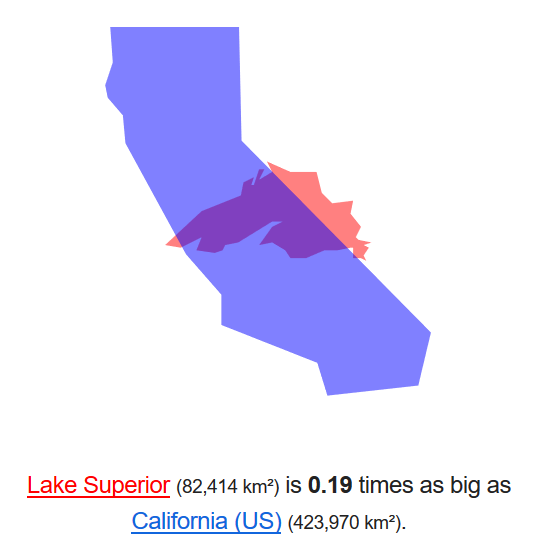 FOTCM Member
Thank you for another informative session, great and timely questions!

The planet is getting crazier by the minute and it's really useful to have more information about the process.

Gosh, this session really made the truth about the upcoming upheaval hit home. I can't even imagine the how frightening it will be for the unsuspecting masses to go through it with no understanding of what's going on! At least we here know there's a potential light at the end of the tunnel.

As for the Gregorian chant, I've been listening to this one a lot today as a result of the session:

Thanks for sharing. Was recently listening a bit of some medieval gregorian music.

SlipNet said:
That statistic on Ashkenazi Jews though......53% was it? That's over one in two people, psychopaths.

Yeah, crazy, isn't it? But come to think of it, their actions on the global scene and at home do make it rather believable.

Questions about psychopaths were also asked before and it looks like there are very few places we can go to hide from them:


Laura said:
(Belibaste) We wanted to know the percentage of psychopaths geographically speaking, like in the US, Israel, UK.

Q: (L) That's because they all went to America. (laughter)

Q: (Belibaste) What about some poor country like Ethiopia?

And there's also this post with specific calculations: Session 30 January 2010

Moderator
FOTCM Member
Thanks so much for sharing with us this other great session.

FOTCM Member
Fantastic session, as always, thanks for sharing.

Recalling that the C's have said there are civilizations living underground, my first thought was, would that collapse destroy any of those underground cities. That would certainly be catastrophic if that was the case. Maybe it was not deep enough to affect them.

FOTCM Member
Thank you for the new session! It looks like Lake Superior is indeed large. That would be a lot of landmass or inner crust that would fall. In the past few weeks I heard Coldplay's Paradise play a few times on the radio and thought it was kind of timely and ironic. I have a CD set called Time of the Templars and it has some Gregorian Chants. I liked the Mediterranean songs more (maybe due to some ancestry there), but revisiting the Gregorian chants might be fun, maybe over the Holidays.