Tornadoes around the World


https://twitter.com/i/web/status/1527701159435173888
https://twitter.com/i/web/status/1528296443475288065
Textbook supercell with a pronounced hook echo two days ago near Schleusingen in southern Thuringia. Pictures from the region confirm large hail with sizes of sometimes over 5cm. Many thanks to Thomas Schmidt for sending it!
@Kachelmannwettr @JZ_Lpz @pgroenemeijer @Djpuco

Storm chasers in northwestern Texas were in the right place at the right time Monday night when they captured incredible footage of what appeared to be a massive tornado that touched down in an open field. Around 7 p.m. CDT, the first of four tornadoes was on the ground near the town of Morton, Texas, which is about 60 miles northwest of Lubbock, giving chasers a view they likely won't soon forget.

The twister appeared to be just as wide as it was tall, which would classify it as a wedge tornado, but AccuWeather Meteorologist and Senior Weather Editor Jesse Ferrell and others on Twitter noted that the dust, which is plentiful in this region of Texas, could have made the twister appear larger than it actually was.

"Although it appeared to be a large wedge tornado, it's possible that it was a smaller tornado wrapped in dust, as this photo shows," Ferrell wrote. "Regardless of its size, it was a very scary sight to see." 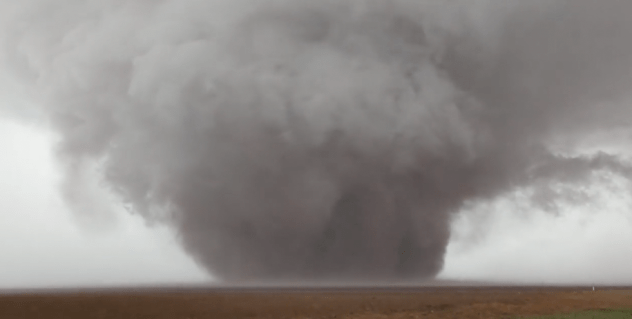 This twister arrived just two days before the day which is statistically the peak of tornado season, according to research conducted by AccuWeather's data science team.

The tornado was given a rating of EF2 on the Enhanced Fujita Scale by the National Weather Service in Lubbock. They estimated the width at 0.8 miles based on the damage assessment but admitted the twister could have been wider, based on photos and videos. One of the limitations of the Fujita scale is that it relies on surveying damage, and this tornado mainly churned in an empty field.

Fortunately, there were no injuries reported, even though there were a large number of storm chasers scattered alongside the road watching the storm.

In one video shared on Twitter by storm chaser Chad Casey, cars can be seen parked on the side of the road, and at least one person can be seen taking a 'selfie' with the massive tornado in the background. Casey described the tornado as an "absolute monster" in his post
Click to expand...

FOTCM Member
Hank gets up close and personal with the recent Crowell TXs twister. (4K)

https://twitter.com/i/web/status/1533412398329171968
After the frost and the drought, France has rarely experienced such a wave of hail. The damage to agriculture is significant. According to
@KeraunosObs, more than 1500 hail falls over 2cm including 150 over 5cm. It is very substantial. What more can happen in 2022?

Ambassador
FOTCM Member
Yesterday afternoon, there was a tornado in Zierikzee, the Netherlands (small city in the southwest):

One comment says it looks like a 'cold funnel', but i haven't had a chance to look into what that it is, or how it differs from a tornado/funnel cloud:

FOTCM Member
https://twitter.com/i/web/status/1584279269328363520
Imposing tornadic supercell on the south of Pas-de-Calais this Sunday, October 23, seen by its eastern flank from the department of #Nord , at the time when #tornade struck #Bihucourt . Incessant lightning and mammatus south of the mesocyclone (left in photo). © Keraunos


https://twitter.com/i/web/status/1584254575858843648
Line-1
The "Max Tornado Speed" is a specific field, calibrated on reanalyzed French tornadic situations, and which identifies signals highly favorable to tornadoes (multi-parameters) in our various high-resolution models (between 0.8 and 3 km resolution horizontal).
Line-2
The tornadic potential over the north of the country was sensitive this Sunday, as illustrated by the ARW 3 km forecast on the Max Tornado Speed field. Low-level shears produced by the passage of a pseudo-frontal boundary and instability materialized the potential.


https://twitter.com/i/web/status/1584241304799969285
New images of the major damage in Bihucourt (Pas-de-Calais)! A TORNADO of strong intensity hit the town hard at the end of the afternoon. #France #orages #Tornade Credit: Anthony Choquet

One comment says it looks like a 'cold funnel', but i haven't had a chance to look into what that it is, or how it differs from a tornado/funnel cloud:
Click to expand...

What was that expression about 4D STS drinking up our stress/energy with a straw?

Multiple emergency crews are on their way to Paris Texas as heart breaking taken by Brandon W Smith on Facebook shows dozens of homes and trees are Significantly damage after a tornado past by about an hour ago
Click to expand...

Several homes were damaged after a tornado touched down southwest of Paris Friday afternoon.

The Brookston community has been most effected after a tornado touched down about eight miles west of Paris around 4 p.m.

The National Weather Service in Tulsa confirmed a tornado was located 10 miles south of Goodland. 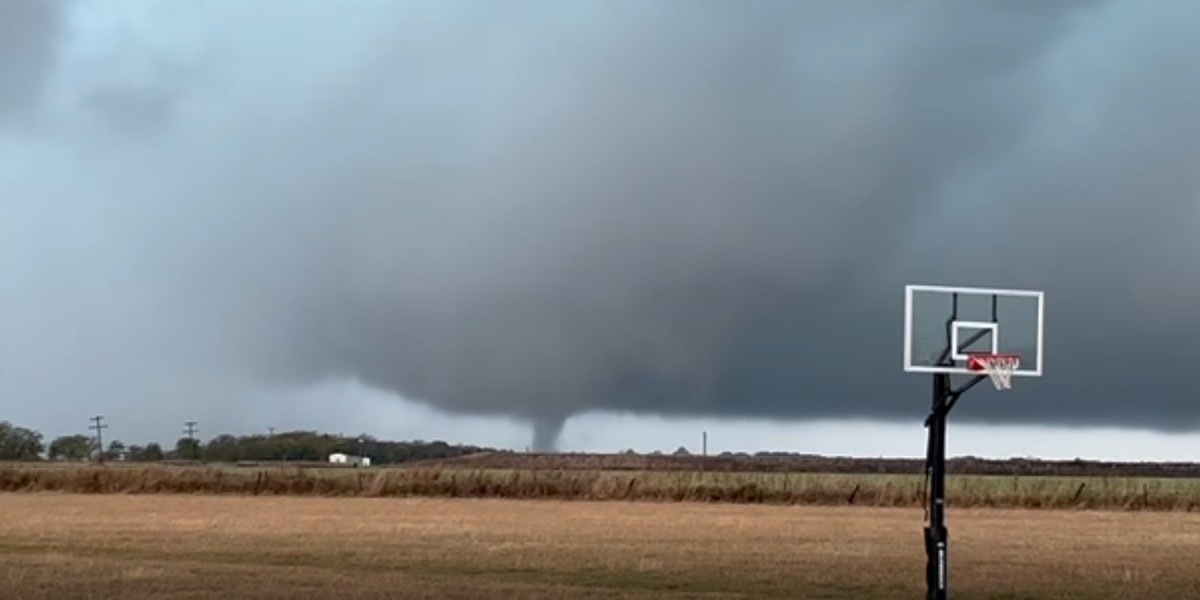 Several homes were damaged after a tornado touched down outside of Paris.

FOTCM Member
Mother nature is on the rampage...👀

At least 8 dead after tornadoes rip across the South ​