US Midterms 2022: Democrats Fear Congressional Shakeup as 19 House Dems Will Not Seek Reelection

Earlier this week, Rep. Peter DeFazio (D-OR), chair of the House Transportation and Infrastructure Committee and the longest-serving congressman in his state's history, became the 19th House Democrat to reveal he would not seek reelection...

sputniknews.com
By Evan Craighead - 3 hours ago

FOTCM Member
This video by AnOmaly reminds us that we have no friends in the Republican party. The first half shows how Rand Paul (the white knight out to get Fauci for the good of the people) is rallying for a new vaxx which he says has already be made. It is waiting to be used, but they are hiding it from us…WHAT? He alluded to a new vaxx, he didn’t call in “Comirnaty” he just said a new vax. So, I’m not sure what he is talking about.

Rand Paul has also stated in the past that he is vaxxed and believes everyone should get vaxxed. But adds that it should be a choice (which makes him a hero, but really...?) the second half goes into Donald Trump’s plan to bring in the military and vax vax vax! And a video of DT being asked repeatedly, why didn’t you fire Fauci? One answer (he asked me to call him Tony

The second video is from a Whitney Webb interview of Maria Farmer (of the Epstein story) which also appears to be quite damming to Donald Trump. And raises a question. Maria had gotten to the point of believing that the elites where the Jews and we are the slave race. She said that's what she was told while working for them. Her sister had to tell her it’s not all Jews you can’t do that! She then states it’s the people I’m working with (Epstein and Maxwell) who just happen to be Jews. Webb points out that the Rothchild family is said to be the protector of the Maxwell family and she thinks everybody should know that. So, if they are the Maxwell’s and Epstein protectors, then why did the abandon them? A good answer would be if the Elites "whomever they are” could abandon the Jewish peoples of WWII Europe (by the millions), then cutting out a few here and there should never be a problem.

The videos are short. AnOmaly's is 13 mins, and Webb’s is 7 minutes. 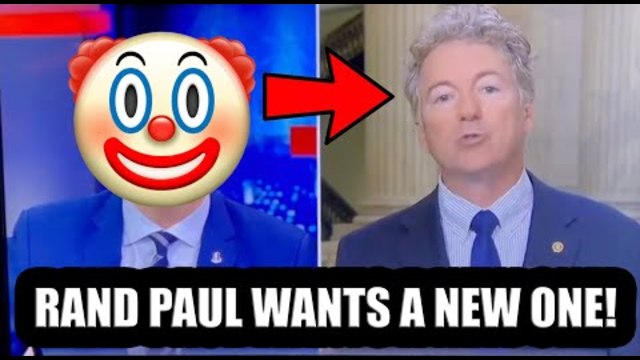 Epstein whistleblower off Youtube before it disappeared. #Epstein #Maxwell semites and how they treat Non-semites as sex slaves. #WakeUp https://t.me/No_BS_NewS/34751

FOTCM Member
'Only in her screwed mind: Killary - the failed presidential candidate thinks she is president.' Former Democratic candidate Hillary Clinton has revealed the victory speech she meant to give in 2016 after the presidential election, even getting emotional in a video about it, spurring a wave of mockery from her critics. 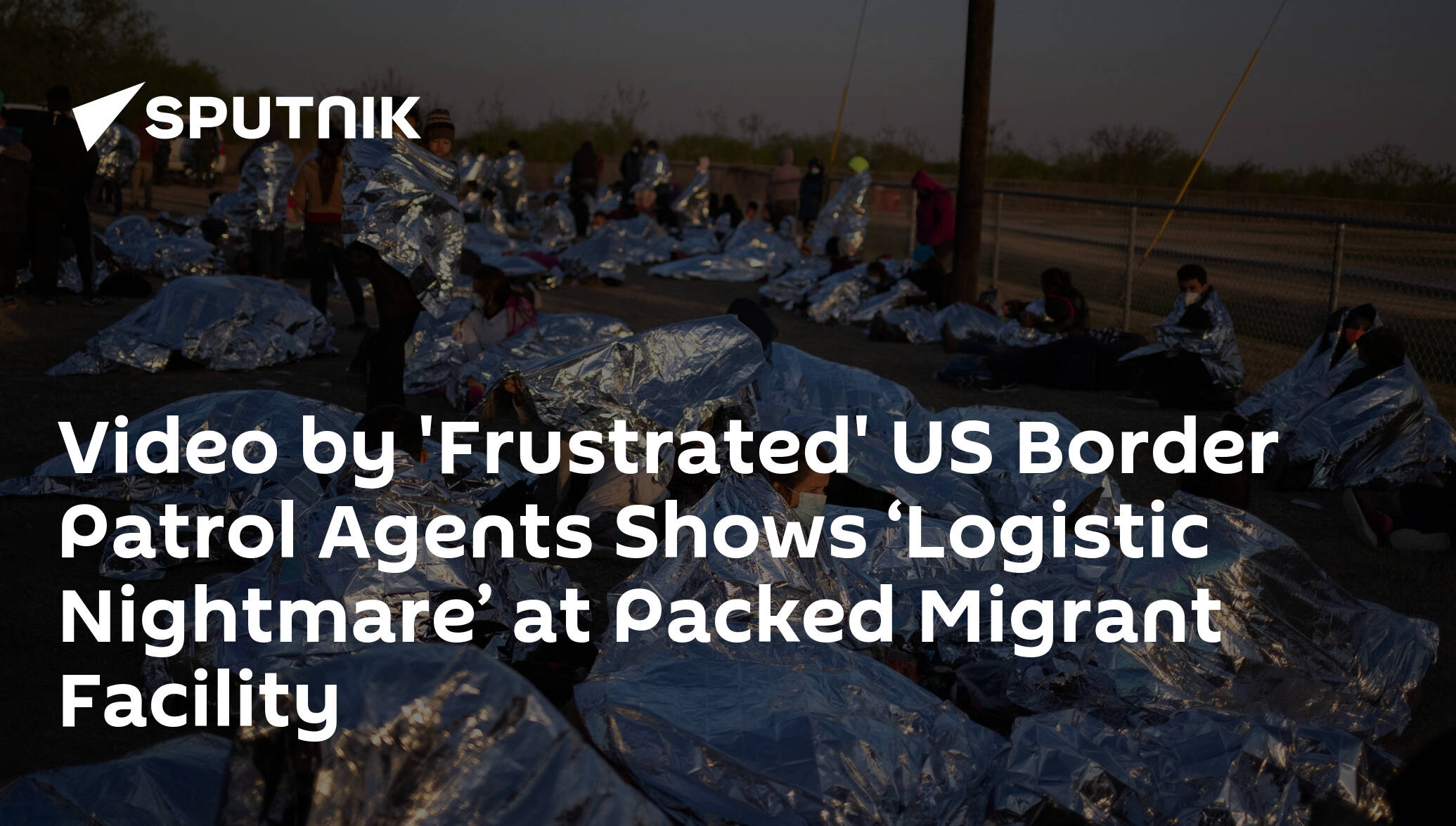 Republicans slammed the escalating migrant crisis as an “absolute catastrophe” generated by the Biden administration as a video in early August showed nearly a thousand illegal immigrants held by border patrol agents under a bridge near... The New York City Council has approved legislation to give city residents who are not US citizens the right to vote in local elections – a move which could permanently alter New York politics.

FOTCM Member
'She is still having nightmares.' 2016 Again? Hillary Clinton Is Sure Trump Will Fight For Presidency, Calls It ‘Make-Or-Break Point'

2016 Again? Hillary Clinton Is Sure Trump Will Fight For Presidency Calling It ‘Make Or Break Point'

sputniknews.com
By Alexandra Kashirina - 15 hours ago

Rand Paul has also stated in the past that he is vaxxed and believes everyone should get vaxxed. But adds that it should be a choice (which makes him a hero, but really...?) the second half goes into Donald Trump’s plan to bring in the military and vax vax vax! And a video of DT being asked repeatedly, why didn’t you fire Fauci? One answer (he asked me to call him Tony

Paul and Trump are both ignoring the dangers inherent in the vaccines. It's difficult to believe that Paul, who is a medical doctor, is not aware of the many reports of vaxx injury. Trump has made himself irrelevant to many people through his own continued narcissistic pushing of his 'warps-speed' vaccine baby. Trump begrudgingly says that people should not be forced to jab, but then says that if he were president, he could convince more people to vaxx up. What a sick limited hangout. Trump won the election, and we probably would have been somewhat better off with him instead of Biden, but no matter now. People hoping for a '2022' followed by a corrective '2024' will have to lower their expectations as we descend into chaos, and April comes before November.

Mark7 said:
I guess we need multiple William Wallace and Boudicca types at this point
Click to expand...

Considering they both lost, let's hope for something better than that.

psychegram said:
Considering they both lost, let's hope for something better than that.
Click to expand...

Ceasar lost too, but there were consequences.

Mark7 said:
Paul and Trump are both ignoring the dangers inherent in the vaccines. It's difficult to believe that Paul, who is a medical doctor, is not aware of the many reports of vaxx injury.
Click to expand...

Yes, I'm quite bothered by Rand Paul and what he says about the shots being of value, surely he knows. But, this is common with others as well who are in the public eye, politicians and media a like.......no one wants to go there. Maybe Paul is afraid of mass panic if he spoke the truth on this. Mass panic and a tsunami of blow back which might shut him down from doing anything else but dealing with that.. Over all, I think he's doing a good job. Sen. Ron Johnson from Wisconsin is doing a stellar job of speaking the truth and is an advocate for the injured, the only one I know of in the Fed. government..

Oddly enough, Youtube is showing more truth on the jab these days and Johnson is regularly featured.
Ron Desantis is doing an exceptional job and running for president in 2024 is the talk out there. BUT..... if the voting system isn't cleaned up we don't have a chance for improvement. It looks like the fight needs to be done by the citizens in their states and at the local level. Expose the criminals in all systems.

Trump has definitely fallen out of favor with many and I wonder about him as well. He can still contribute I think.

In other news, Here is Congresswoman Marjorie Taylor Green (one of our best warriors) sharing some of the death threats she's received by obviously demented individuals..


Finally more attention is being given to the hideous conditions the Jan. 6 prisoners are enduring. Marjorie again, she's so beautiful for her great courage.


Earlier in this thread I mentioned there was speculation if states secede from the union the red states would thrive economically and the blues would fall apart. Here is an indicator of this as industry is flooding into Texas.


Gov. Greg Abbott: Texas will be 'the home for semiconductor manufacturing'​

In other news, Here is Congresswoman Marjorie Taylor Green (one of our best warriors) sharing some of the death threats she's received by obviously demented individuals..
Click to expand...

Any warriors could employ more sophisticated tactics rather than raw violence, the battlefield, (through us), is certainly different this time. Certain forms of resistance could be powerful - resistance that requires sacrifice or self-denial, combined with knowledge perhaps.

Mark7 said:
Ceasar lost too, but there were consequences.
Click to expand...

Well, there's losing and then there's losing. Caesar won everything but lost his life in the end; however by that point his enemies were thoroughly defeated.

Boudicca on the other hand succeeded only in getting her people crushed.

Boudicca's story was nearly forgotten until Tacitus' work "Annals" was rediscovered in 1360. Her story became popular during the reign of another English queen who headed an army against foreign invasion, Queen Elizabeth I. Today, Boudicca is considered a national heroine in Great Briton, and she is seen as a universal symbol of the human desire for freedom and justice.


Boudicca's life has been the subject of historical novels and a 2003 British television film, "Warrior Queen."
Click to expand...

Boudicca on the other hand succeeded only in getting her people crushed.
Click to expand...

Perhaps not the only accomplishment.

Yeah, but most people leave off the actual punch line:

New King James Version
Let them alone. They are blind leaders of the blind. And if the blind leads the blind, both will fall into a ditch.”
Click to expand... 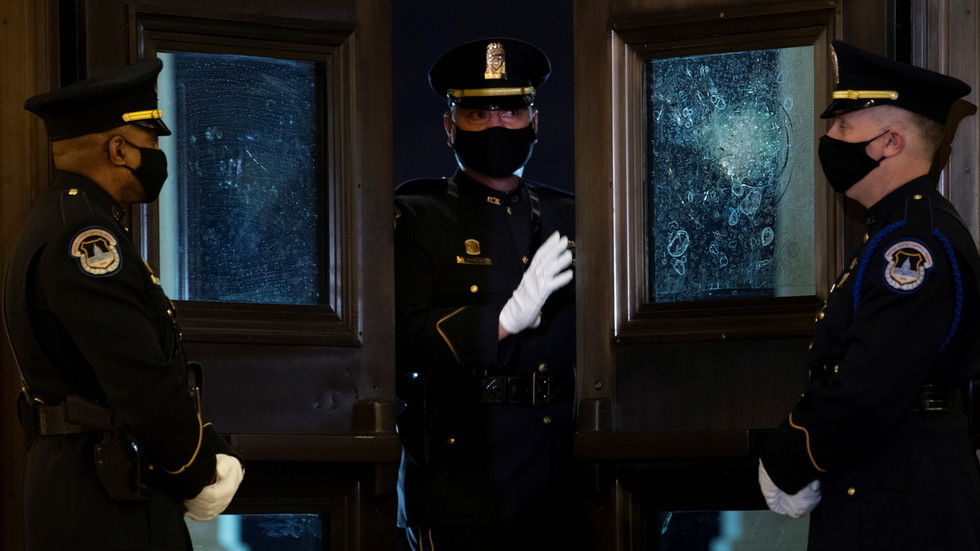 Three retired US Army generals have argued that a civil war might break out if the Pentagon does not weed out “potential mutineers,” as there is a high chance of “another insurrection” if Republicans retake the White House.