Talitha said:
This seems to be “Anuki” from what I read on other posts the opening on the bottom right corner should be opened (it kind of makes sense to draw it too...)
Click to expand...

Yes you are correct, sorry I had entirely forgotten that little omission...

Thank you for reminding me

Trying to tie up some loose ends from my past posts, particularly where I didn't previously reply.


MikeJoseph82 said:
I realise I'm questioning this, but the term 'VERY' in capitals implies significant. Given there's no timeframe, I'm sure their statement will eventually be correct. But for us in human form, a short term reference is kinda significant. Please correct me where I'm wrong and I might be missing some inside info where the above statement is actually true, but on a global scale and having traveled globally recently, the world remains as messed up as it's always been. Same bird, different wings, locally crazy weather, etc. Not so interesting from my point of view.
Click to expand...

I acknowledge my impatience.

I kind of know what you mean that there doesn't seem to be any one event that qualifies for "a chill up your spine" but I think for me there are plenty of "Thrills and chills".

I would recommend these forum topics:

Volcanoes Erupting All Over

Russia Begins Operations in Syria: End Game for the US Empire?

These are just some in which almost daily events occur. Maybe you just haven't found a topic that is thrilling enough to follow. :/

I've since viewed those posts and I don't think 'thrilling' now is the correct term to be using, even though I perhaps was looking for more signs and indications that things were about to change. Collectively, they're pieces of a bigger puzzle or even different puzzles.


A Jay said:
Well, I think the 'VERY interesting' remark was meant at least in part to be tied to their '40 days' comment earlier in the session. That's a little speculative on my part and could be interpreted in a number of different ways, but nevertheless quite a number of things that happened during that time are VERY interesting from my perspective. Laura discusses some of those things here:
Click to expand...

Yes, I realise it was selfish to interpret the remark as being for others outside of those who were directly receiving the message. The message was shared, but it was still assumptive to think it could be for anyone else than those who channeled it. That said, if the message was for the longer term and the reference to 'chills' had two separate meanings, it could have been foreshadowing the current events.


nature said:
Only what you see locally, exists?

If you don't see the tree falling in the forest at the other side of the Earth, you consider that event doesn't exist??
3 pro-peace ambassadors, being murdered in a 40 days lapse: that doesn't chill you??

Plus the list given above by goyacobol: may you tell me what are your thoughts after reading them? Did you change your view or do you consider I over-see or over-estimate? If I mistake, I'll be glad you correct me :)
Click to expand...

You are correct and I was wrong. The other threads have since helped to understand a wider perspective.


Laura said:
One must also consider the long-term implications of the events leading up to Trump's inauguration. What we all saw globally was just the tip of the iceberg of what goes on behind the scenes.
Click to expand...

I think the events that have transpired since this quote are now self evident.


Phill4 said:
The reality is that there is a number of situation in the making, happening,
for whatever reason when I joined the forum first, i used to associate these type of answer with comets , everytime the C's said something similar I was expecting some sort of collapse in the social or planetary structure,
but i later understood that things emerge gradually and in steps,
so things ARE happening, we don't get to hear them in mainstream media at all, and if so is always followed by some distraction such as a game or any popular stuff, to use an analogy, the volcanoe doesn't just explode out of nowhere, there are conditions that make such thing possible and when all conditions are present it explodes.
There is a number of things happening in every continent.

Perhaps you are anticipating that it has to be something of an apocalyptic nature, which is possible and the C's wont tell us, so i think the message there is remain vigilant and Learn how to read the signs and the clues and hints so we improve our abilities at perceiving our reality and of discernment .
Click to expand...

This response makes sense all the time. 12 months ago it was correct. Today it is well supported.

One of my several failings was in expecting an event or a sign immediately, and not being able to see things more clearly. I don't like saying I was a full blown doubting Thomas, but I was. I tried to re-word it in a way that made it less so, but it's a decent description. In saying that though, I still believe there's a need to question everything, and while I was wrong in being too skeptical with a limit in peripheral vision, I don't want to change in the sense that I accept things without theoretical criticism and challenge. So, there may be future threads that I also ask the same questions - hopefully it acts beneficially rather than just as cynicism. I genuinely believe in things most folk don't, but I think critical thinking still needs to be in the mix and reciprocally appreciate questioning of my responses too.

Aloha everyone! I want to share this video - involving this very subject! This is about the same Lamp, im pretty sure.

Charlie describes Jacob's Ladder as 33 vertebra in our spine, the "Chrism' Oil activating the pineal gland (the lamp?, i think) & this is where we meet God face to face!
He describes the original 28-day, 13 month year and how once a month our, everyones (men & women). Our bodies produce the female-energy oil milk & the male-energy honey.
Spinal fluid, 'oil,milk.honey'etc-
Very striking take on this lamp oil parable, (which frankly scares the crap out of me, because i dont have any of this oil & im a mechanic too!)
Charlies video's truly resonate with me in a big way! 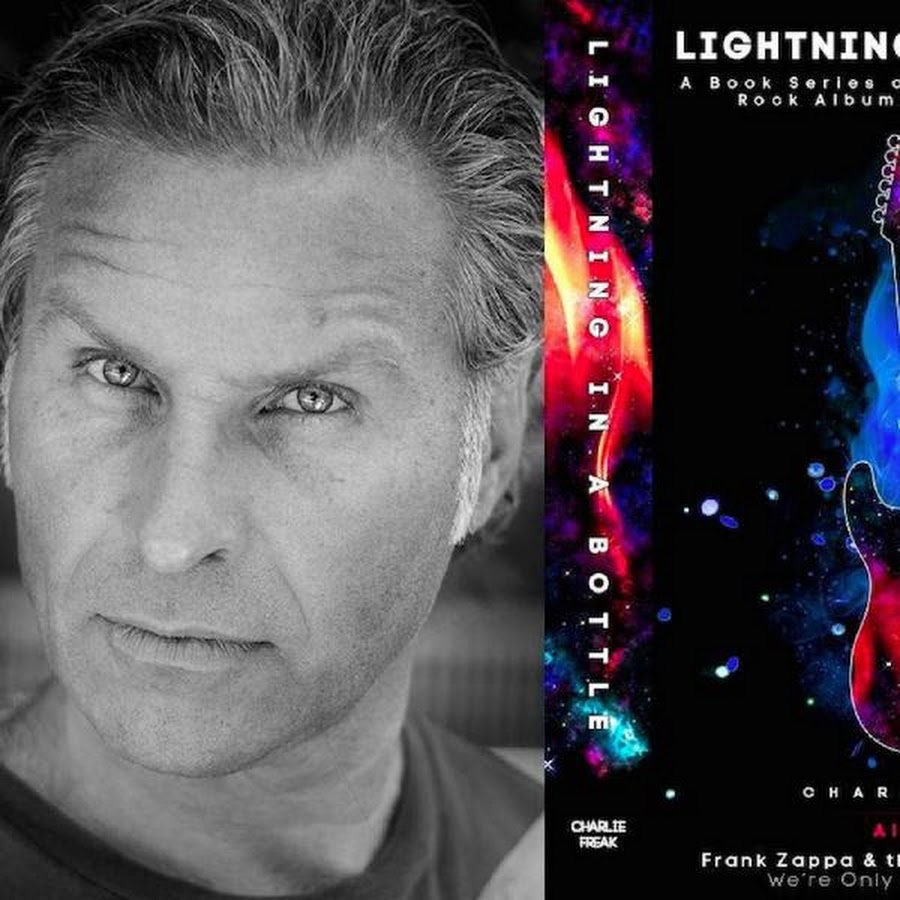 Charlie Freak is the author of the riveting Book Series on the 150 Most Important Rock Albums in Music History. These 150 books represent a balanced journey ...